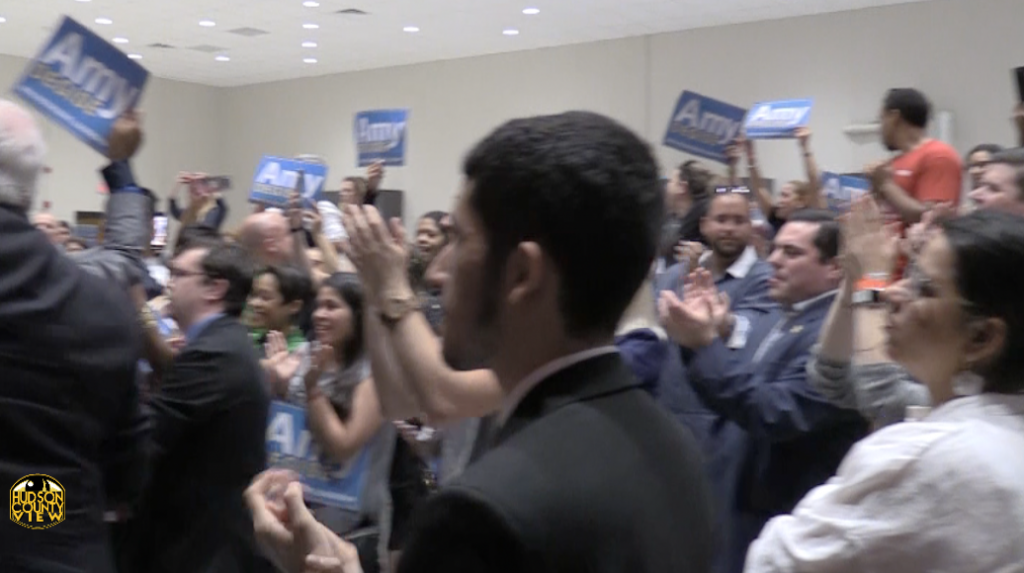 Amy DeGise – The 32-year-old Jersey City school board member had Stack and Mayor Steven Fulop against her and still won very comfortably. What else do you need to know?

Tom DeGiseÂ – Another no brainer, but the county executive is not only a proud poppa, but has all but guaranteed being elected to another term in 2019 now that Stack has backed out of any effort to oust him.

Albio SiresÂ – The veteran U.S. Congressman beat Stack twice in one week, and while they weren’t head to head battles, he has essentially cemented he’ll remain in Washington through 2020 and has handed another significant blow to Felix Roque’s re-election.

Bayonne, North Bergen, West Hudson, Secaucus, West New York, GuttenbergÂ – The Democratic committees of the aforementioned municipalities all delivered huge for DeGise, all delivering between 89 to 100 percent of their votes to the underdog.

Nick SaccoÂ – The state Senator and North Bergen mayor obviously played a major role in getting the DeGise votes together for last night and the final numbers indicate he did a stellar job.

Brian StackÂ – The revered North Hudson power broker lost as a candidate for the first time since 1998. While his work ethic and GOTV are still forces to be reckoned with, his brand of politics appear to be a bit antiquated and ineffective outside of Union City and Hoboken.

Mark AlbiezÂ – Fulop’s chief of staff and a part of Stack’s inner circle, it’s still not clear if Albiez started or encouraged the civil war (forget about trying to figure out why), but he inarguably thought this was a great idea for some strange reason. His political capital just took a monumental hit.

Felix RoqueÂ – For the second time in seven days, Roque was unable to deliver at the polls and Stack got crushed. The West New York mayor will be on his own in May 2019 and even with a sizable war chest, it’s clear his re-election bid has serious problems right now.

Ravi BhallaÂ – Bhalla backed Stack and he lost, but things considered, the Hoboken mayor could’ve done worse: he delivered anywhere between 52 and 62 votes (depending on who you believe) after promising 60. He also earned Stack’s respect, which is tough to do, especially after being on the you know what list for years.