In a letter to the editor, Jersey City Council-at-Large candidate Elvin Dominici explains why he feels Hurricane ida showed that “residents have a mediocre, if not completely incompetent, city government.” 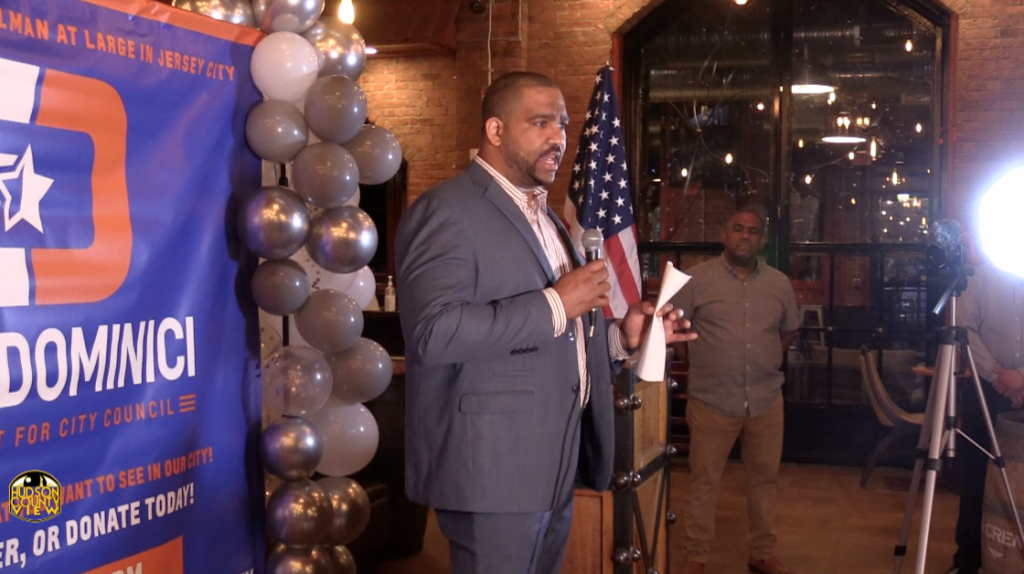 Tropical Storm Ida has once again displayed the cruel reality that Jersey City residents have a mediocre, if not completely incompetent, city government.

The lack of committed leadership while facing this most recent state of emergency has caused harm to residents and forced many to feel isolated in a time where they lost personal belongings and property.

We remember the days when (at the time) Ward E Councilman Steven Fulop personally and publicly attacked “the poor handling of Superstorm Sandy” by former Mayor Jeremiah Healey.

Ironically, Ward E Councilman Fulop’s words echo what could be mentioned of himself as
mayor and his administration for their poor handling of recovery efforts from Tropical Storm Ida.

The heroism and humbleness shown by Councilman Fulop was nowhere to be found when
Jersey City residents needed his mayoral leadership this past week.

Where was the mayor during and after this historic storm? His absent leadership has been
abundantly clear throughout his tenure in office. Sadly, it took this drastic weather event to
display his lack of leadership to the greater community.

For a mayor who is quick to do press releases and post on media to gain national attention, he was clearly absent to his community in the media, on social media (his preferred method of communication with residents), and most importantly in the actual streets of Jersey City.

It wasn’t until late Friday, two days after the historic storm, when we got a picture from the media showing Fulop finally in a local community assessing the damage.

Many residents are questioning if the mayor was even in the city during and directly after Tropical Storm Ida.

I am not going to speculate on if he was in town or not. However, it would be prudent for the mayor to be transparent and prove to the residents that he was in the city.

The best way to do this is for his municipal scheduler to release his schedule from Wednesday, September 1, 2021, through Sunday, September 5, 2021.

Moving forward, we need leadership in our municipal government that will be present, available, and transparent to the community, especially during times of crisis like Tropical Storm Ida or the pandemic.

I pledge to assist residents in preparations to prevent adverse effects of future extreme weather events by working with municipal, county, state, and federal partners to review
weather resiliency projects and plans.

Along with this, I would like to ensure plans are in place to educate and prepare by distributing emergency preparedness plans and information to the public that include:

1. Designated locations of shelters that will be opened to Jersey City residents dealing with
damage to their homes due to extreme weather conditions.

2. Strategies required for every department within the city to ensure all resources are diverted to respond to emergency weather events.

3. Reviewing resources and plans available for local search and rescue teams that can be
deployed during extreme weather events (i.e., assisting residents in vehicles trapped in flooded waters).

5. Distribute maps to residents regarding known flood zone areas and potential safety
locations throughout the city.

6. Provide all residents with all emergency contacts needed during an emergency weather
event.

7. Meet with PSE&G to review power infrastructure and plan resiliency strategies that can be implemented to reduce power outages.

In conclusion, the inaction of the mayor during this historic storm was sadly predictable due to his lack of care or support for the residents of Jersey City.

It is time for the mayor and his administration to be held accountable for their lack of respect or attention to Jersey City residents.

Do not forget about the inaction of the mayor and his administration when it is time to hold them accountable during election time!

LETTER: ‘I am honored and humbled’ to be re-elected again, North...