The Jersey City Council approved the $9,752,000 Exchange Place Alliance Special Improvement District (SID) budget after great controversy due to the redesign of the area surrounding the Katyn Memorial. 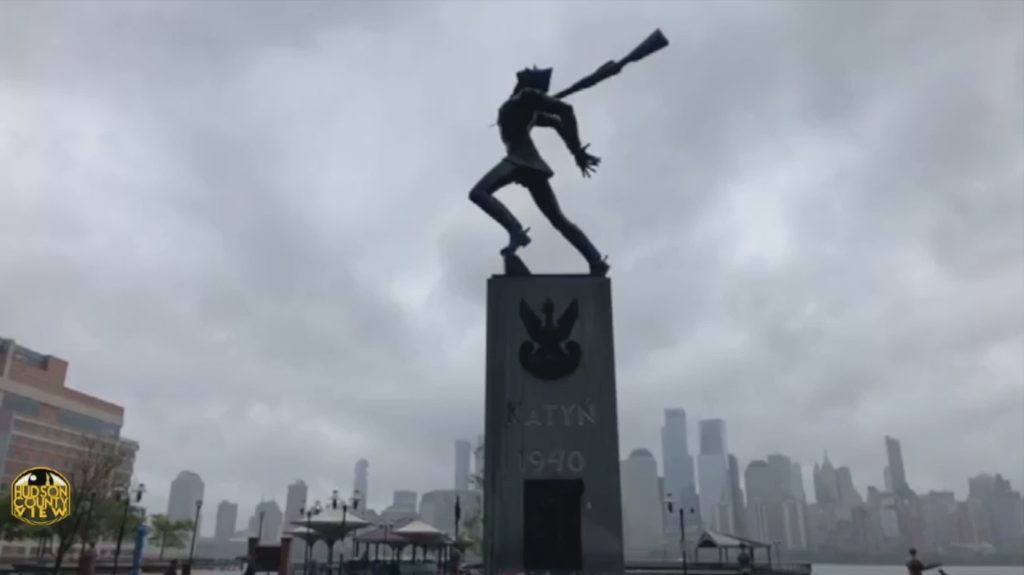 “The people on the board don’t live in Jersey City and don’t work in Jersey City. That private corporate roadway going through Exchange Place is a fiasco as is treatment of the Katyn Memorial,” said Jeanne Daly, a plaintiff in the lawsuit looking to halt the Exchange Place Redevelopment Plan.

“It is an infringement of our civil rights of assembly … Simple things like an OPRA (Open Public Meetings Act) request takes four months and then they say it’s too broad.”

City Clerk Sean Gallagher then interjected, asking Daly to stay on topic since this is a budget hearing and therefore other SID matters shouldn’t be addressed.

“The City Council in 2018 … voted to keep the Katyn Memorial there in perpetuity,” John Czop, of the Polish American Congress, stated.

He noted it is a memorial to “the over 100 million victims of communism simply because they opposed communism,” he continued that the redesign would obscure the monument and should be reconsidered.

Not everyone was against the changes, such as Suzanne Bryne, of the New York Street Project.

“We have found them to be an incredible partner. It really makes a huge difference in the downtown community. There’s a lot they do to support the community.

She also noted the Exchange Place Alliance contributed funds so they can care for the homeless, including children, in part by giving them beds.

Suzanne Mazurczyk requested “the support of the council to address the concerns of safety, visibility, accessibility” regarding the monument.

“We’ve been verbally told that changes have been made. I understand the reluctance of the SID during this litigation period. I hope they … adjust it, so the space is more accessible,” she continued.

EPA SID Executive Director Elizabeth Cain addressed the council as well, noting that the monument isn’t being touched or altered in any way.

She also cited economic development, programming, and their support for community organizations like the York Street Project as merits of the SID.

“My grandparents were sent into exile … in the Arctic Circle after the Russian invasion of Eastern Poland,” he said.

“It is your responsibility as the members of the council to protect the history of the community. And the Katyn memorial is a major memorial. It is the only monument that depicts the pure evil of Russia.”

“My parents were not able to return to Poland due to the decisions made by the United States and the United Kingdom at Yalta. I know how much that memorial means. It was the first such scale monument. The Polish community was gentrified out of Exchange Place.”

“Exchange Place is beautiful as it is and does not need reconstruction. Do not allow to bury the Katyn Memorial in a similar style to Stalin,” Andrzej Burghardt of the Polish American Congress’ New Jersey chapter said.

During the vote, only Ward C Councilman Rich Boggiano expressed that he couldn’t support the proposal.

“This land belongs to the city and they overstepped their bounds. It’s out of control,” Ward C Councilman Rich Boggiano said.

He also said the council should investigate if the board members live in Jersey City or not.

“I would really hate to think work is being done there without the proper permits. The work being done there is allowed to be done. I vote aye for all,” Ward F Councilman Frank “Educational” Gilmore said.

The assessment roll and the budget were both approved by tallies of 6-1-1, with Council President Joyce Watterman abstaining on both since she sits on the Exchange Place Alliance board. Ward A Councilwoman Denise Ridley was absent from the meeting.