Assembly Speaker Vincent Prieto (D-32) looks like he’s on his way to his second two-year term at the post, given that 48 members of the Democratic caucus have issued a vote of confidence for him.Â 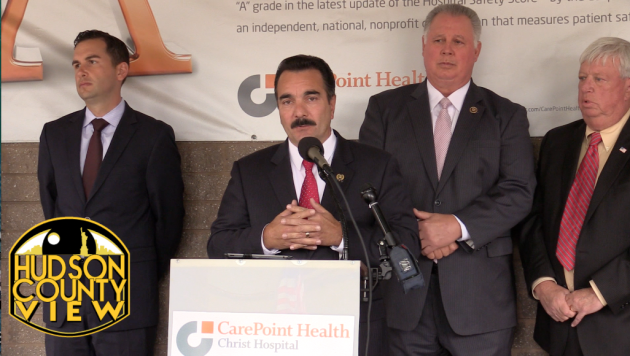 The Assembly Dems issued the following statement praising Prieto’s work as Assembly Speaker, a position he was elected to in November 2013:

“The past two years have brought many challenges, successes and accomplishments to the General Assembly,” the statement says.

“In presiding over the General Assembly during this period, Speaker Vincent Prieto has demonstrated his leadership ability by facing each challenge with the grace, compassion and determination expected of a great leader.”

The group also supportsÂ re-electing Assemblyman Lou Greenwald (D-6) as the majority leader, as well as bringing back Assemblyman Gary Schaer (D-36) as the budget chairman.

“The next legislative session will bring an entirely new set of challenges and issues confronting our state.”

“In the interest of continuing the leadership that has taken place over the last two years of new ideas, new energy and new advocacy for the principles of the Democratic Party, we hereby express our support for our leadership team in the General Assembly of Assemblyman Vincent Prieto as Speaker, Assemblyman Lou Greenwald as Majority Leader and Assemblyman Gary Schaer as Budget Chairman for the next legislative session in January 2016.”

The full list of Dems interested in keeping the same leadership, which includes Prieto and his running mate Assemblywoman Angelica Jimenez (D-32), is as follows: