Jersey City Councilman-at-Large Rolando Lavarro is touting his independence after making the ballot on short notice, collecting well over the 1,680 valid signatures necessary to get certified in just over a week. 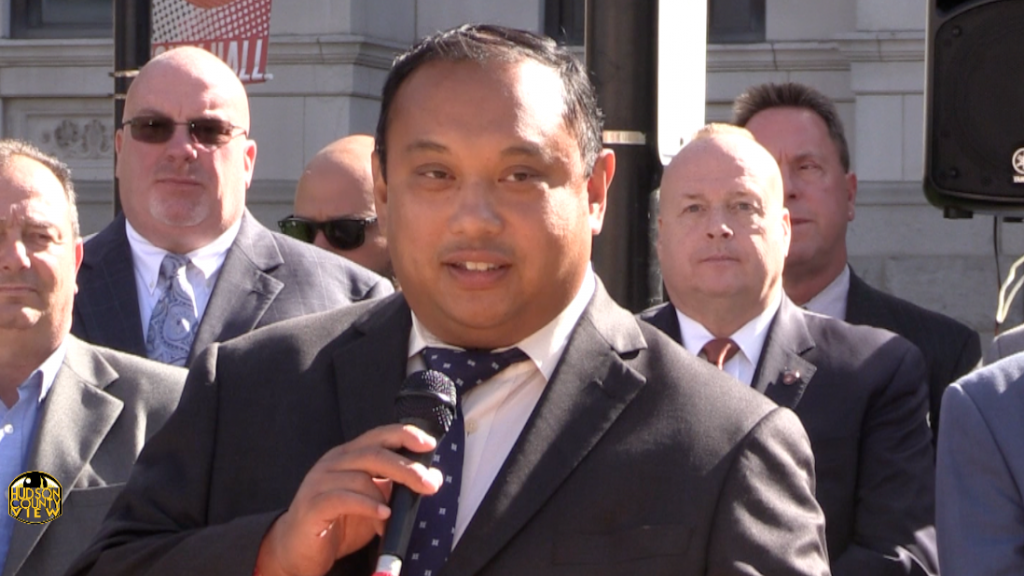 “First, let me say a big Thank You to everyone who went out and got signatures for my petition. What we accomplished … what you accomplished was nothing short of a Herculean effort. There are too many people to thank by name, but please know that I am most grateful,” Lavarro said in a statement.

On August 20th, just 10 days before the filing deadline, Lavarro confirmed with HCV that he planned on running citywide again, picking up petitions for mayor and council-at-large before announced on Facebook the next day that he’d be seeking re-election.

While submitting 1,680 valid signatures by August 30th sounded like a daunting task, he ended up filing 2,828 on Monday and has since been certified by the city clerk’s office.

Lavarro, who was first elected in a 2010 special election and then ran as part of Mayor Steven Fulop’s team in 2013 and 2017, is also showing off some early support from community leaders.

“Councilman At-Large Rolando Lavarro is brave, intelligent and compassionate. He was on the right side when he called out the new garbage tax in the water bill as a back door tax and fought to rescind it,” said Heights resident and activist Meera Jeffrey.

He championed to create strong affordable housing laws, despite efforts to unravel his work. Rolando is not motivated by ego, power or material gain, but by justice and compassion. Jersey City needs a fighter that is Council At-Large Rolando Lavarro.”

“Rolando Lavarro has been advocating for underrepresented communities, Filipinos and other immigrant communities, black and brown communities, for as long as I can remember before he was in office,” she said.

“He understands the plight of people like me, a single mother who immigrated to Jersey City almost three decades ago to provide for my three boys. Today, those in power pretend to celebrate Jersey City’s diversity while they push out communities with their agenda of over gentrification and profiteering. We need Councilman At-Large Rolando Lavarro who fights for all of Jersey City, not just the rich and privileged.”

Tiffany McQueary, another Greenville resident, praised Lavarro for being a fierce advocate for affordable housing, opposing the city’s inclusionary zoning ordinance until the court struck it down last month.

In terms of his track record, Lavarro noted that his legislative achievements include the Expansion of Earned Sick Days, Wage Theft Protection, Common Sense Cannabis Protections, Smoking Prohibition in Public Parks, the first Immigrant Affairs Commission in the State of NJ, No Knock Ordinance, and a Living Wage Ordinance.

He also pointed out that he called for an investigation into the Jersey City Employment and Training Program when then-Acting Executive Director Sudhan Thomas was accused of improprieties.

In November, he was charged by a 26-count indictment by the U.S. Attorney’s Office and faces unrelated charges from the New Jersey Attorney General’s Office for allegedly soliciting $35,00 in cash bribes for a planned council run while serving as the board of education president.

The non-partisan Jersey City municipal elections are on November 2nd where seven candidates are running at-large.