The Jersey City Board of Education is likely to vote on a non-binding resolution censuring, as well as requesting the resignation of, Trustee Joan Terrell-Paige, who is under fire for a deleted Facebook post that Gov. Phil Murphy (D) called anti-Semitic. 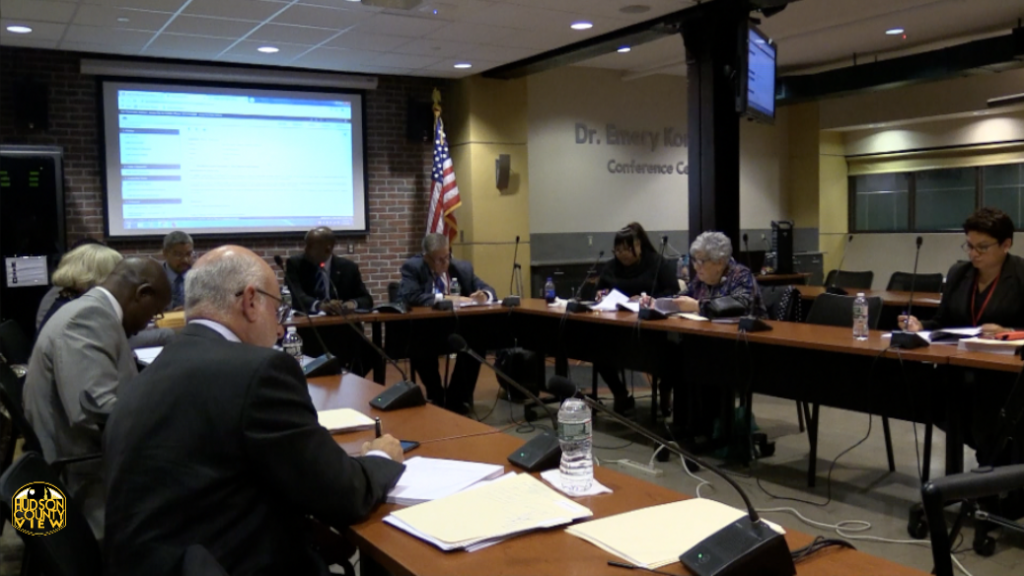 “As the JCBOE president, it is within my power and more importantly, my responsibility to offer a resolution for the board’s consideration tomorrow night at our monthly meeting to address this issue,” Board President Sudhan Thomas said in a statement.

“My proposed resolution will ask the full board to consider, not only to censure Ms. Paige for her posting, but also request that she tender her letter of resignation from the Jersey City Board of Education, effective immediately.”

Thomas added that he had made this decision after extensive review within the district, as well as after seeking guidance of outside counsel.

In a comment on a Facebook thread posted Sunday night that has since been removed, Terrell-Paige referred to members of Greenville’s Jewish community as “brutes” over the way they have acquired property in the area, as HCV first reported.

â€œWhere was all this faith and hope when Black homeowners were threatened, intimidated, and harassed by I WANT TO BUY YOUR HOUSE brutes of the jewish community? They brazenly came on the property of Ward F Black homeowners and waved bags of money.”

Solomon wrote that he believes her posting showed a total lack of empathy for the innocent lives taken in the December 10th shooting in Jersey City.

” … It fails to condemn the murders of the three innocent people at the Kosher grocery. Instead it asks us to ‘be brave enough to explore the answers to ‘the murderers’ message.’ I shuddered in fear when I read that sentence,” Solomon said in a letter, which he shared on Twitter, to Terrell-Paige.

In his own statement, Currie said that Terrell-Paige’s comments “only look to divide the city” in light of the domestic terror/bias crime incident, noting that such commentary has no place in this state.

As of this writing, Trustee Mussab Ali is the only one of Terrell-Paige’s colleagues to directly call for her resignation.

Sources within the school district said that, as of now, Terrell-Paige isn’t expected to resign ahead of tomorrow evening’s school board meeting, where the North Jersey Chapter of the National Action Network and the Americans Against Anti-Semitism groups have both vowed to have a large presence in attendance.

Hoboken Public Schools offering meals for all families in need as...