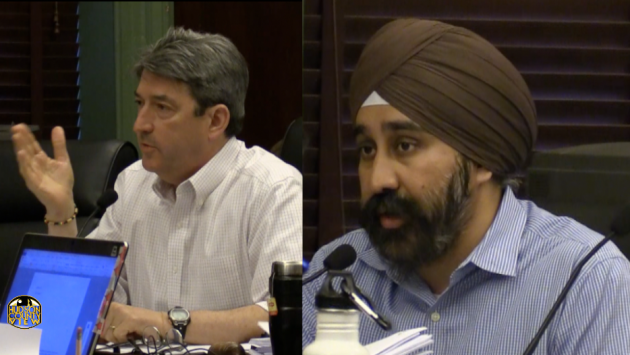 Multiple sources told Hudson County View that Doyle will be a part of Bhalla’s three-person council slate that will be revealed tomorrow morning.

Bhalla announced he would be seeking the mayor’s seat last month after incumbent Dawn Zimmer confirmed she would not be on the ballot this fall, also opting to endorse the veteran councilman to succeed her.

Doyle and Bhalla are two of the three councilmen-at-large up for re-election on November 7th, with the third being Dave Mello – who hasn’t been named to a slate yet.

As long as everything goes as planned, Bhalla will be the first mayoral candidate to reveal his full ticket.

Thus far, 1st Ward Councilman Mike DeFusco has revealed Michael Flett and Andrew Impastato as two of his three running mates, while no other mayoral hopeful has announced any potential council candidates.

Representatives from the Bhalla campaign declined to comment this afternoon.

LD-31 Candidate: ‘Smartest thing HCDO could do is give Bruce Alston...