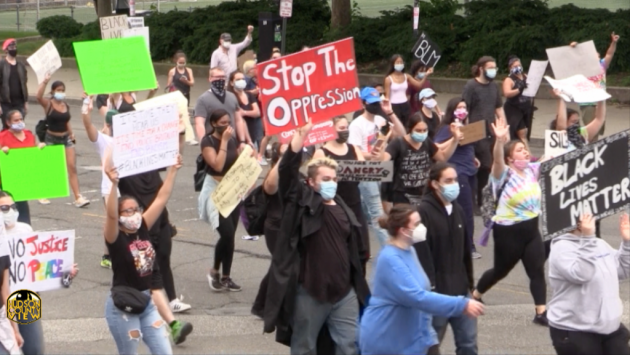 “‘Black Lives Matter’ is not an empty slogan to me. It represents the bare minimum demand for respect for me, my family, and my community,” Oakley said in a statement.

“My platform includes specific details of how we’re going to fight back against white supremacy, including a counterterrorism task force narrowly aimed at white supremacist organizations, a plan to invest in the community and divest from further militarization of the police, a National Truth and Reconciliation Commission, and checks for reparations for descendants of enslaved people.”

The PAC raised just under half a million dollars in 2021 and has $55,747.06 cash on hand, according to their 4th quarter filing with the Federal Election Commission.

Other backers of Oakley in her bid to unseat U.S. Rep. Donald Payne, Jr. in the June 7th primary include Brand New Congress, Catch Fire, Elect Black Women PAC, the Center for Biological Diversity Action Fund, Americans for Justice in Palestine Action Fund, West Orange Young Democrats, and the Harvard Dems, among others.

“We are building a progressive movement aimed at the forces hurting our communities. As congresswoman, I will work tirelessly to win a future where we can be safe from the violence of white supremacy,” Oakley added.

2019 Feuds of the Year: Sudhan Thomas will face scrutiny long...

LETTER: The Bayonne municipal elections ‘will be about accountability’