Just over a year after approving a study to review at the finances of the local parking authority, the West New York Board of Commissioners finally took the first step in dissolving the autonomous agency at last night’s meeting. 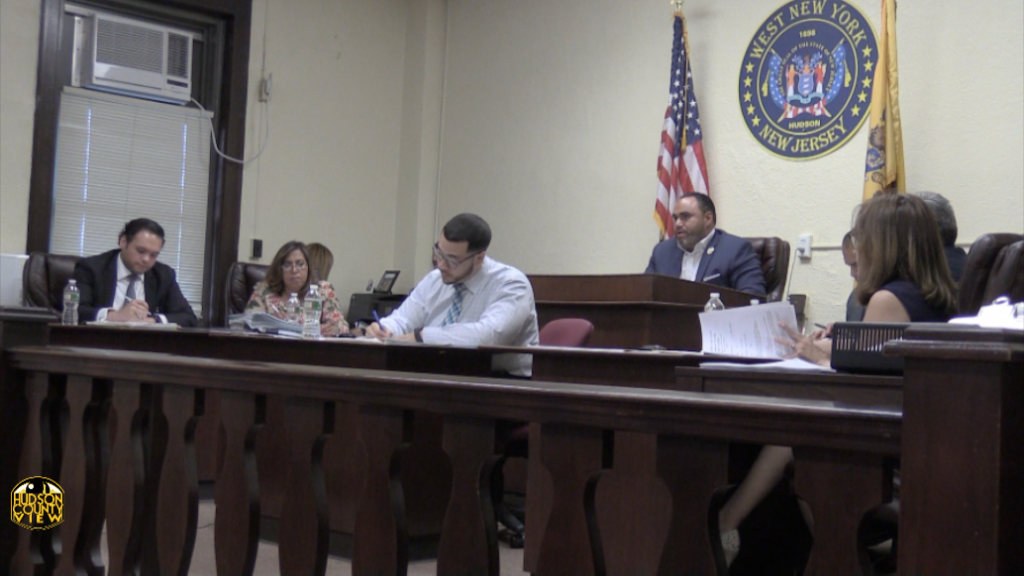 “Dissolving the parking authority, we all know throughout the campaign trail we were confronted by many residents that are concerned with lack of parking,” Mayor Gabriel Rodriguez said from the dais.

“This is a step, a positive step in addressing that issue and being proactive, head on, looking to create more spaces [and] a more efficient authority – and becoming a utility.”

Rodriguez and his successful running mates had routinely campaigned for eliminating the WNYPA in favor of creating more parking spaces and saving taxpayers money.

The results of the parking authority study, conducted by New York Capital Markets, Inc., said that the town could save upwards of $429,000 by getting rid of the WNYPA.

The report was made public back in October and both WNYPA Executive Director Amiris Perez and then-Mayor Felix Roque still adamantly opposed such a plan.

The board of commissioners eventually voted on the matter at an incredibly raucous meeting April, prior to the administration change, but the measure failed by a vote of 3-2 (four affirmative votes are needed for this type of ordinance vote).

However, last night was nothing like April’s meeting, with the measure calmly and quietly passing unanimously (5-0) and no one in attendance spoke out against the idea.

Perez did not return a request for comment on Thursday.

Tom DeGise: It would be ‘a damn shame’ if Fulop forced...