Outgoing Hudson County Democratic Organization Chair Vincent Prieto has confirmed that the June 12th vote to select his successor will be held at Kearny High School. 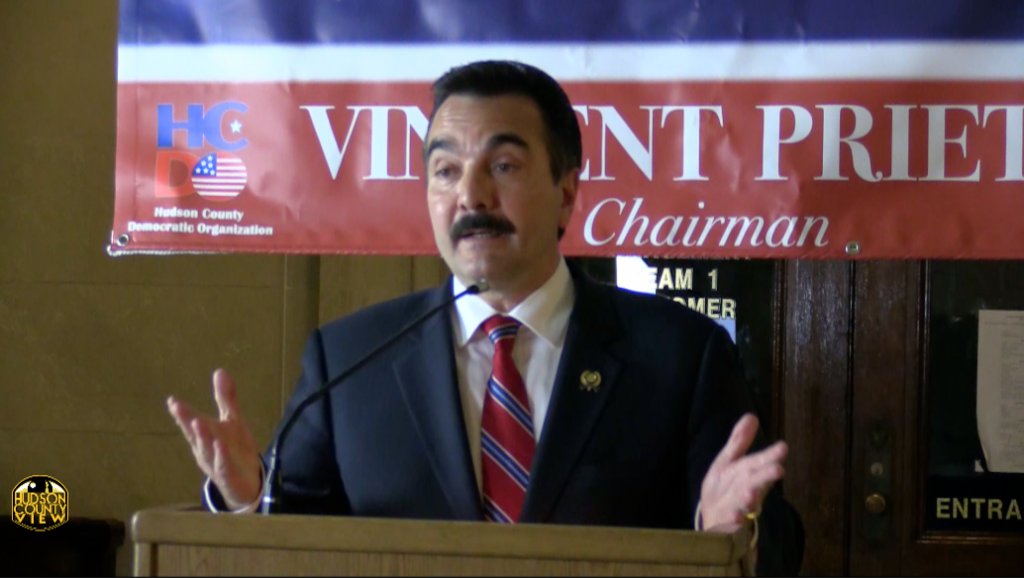 The letter also says that doors will open at 5 p.m. for the 7 p.m. meeting, where credentials will be checked beforehand and no exceptions will be made for anyone who shows up late.

At the same meeting, the HCDO will also elect a vice chair, recording secretary and treasurer.

State Senator (D-33)/Union City Mayor Brian Stack, who is challenging Jersey City Board of Education Trustee Amy DeGise to be the next HCDO chair, previously said it would be “shameful” if the reorg meeting was held in West Hudson.

Sweeney says he doesn’t have time for ‘manufactured theatrics’ of Fulop...