U.S. Rep. Donald Payne, Jr. (D-10) is explaining why he voted in favor of the Respect for Marriage Act of 2022 (H.R. 8404), which would establish a federal law that declares a marriage is valid nationwide if it was valid in the state in which it occurred. 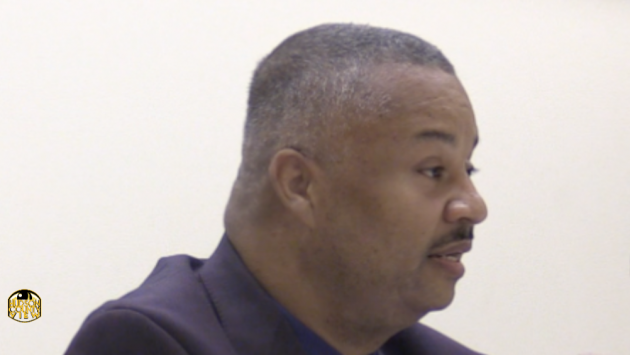 “Americans should have the right to marry the people they love without discrimination. While I thought this issue was settled, I am proud to work to make it a federal law that cannot be denied by individual states,” Payne said in a statement.

“It appears that certain people in this country want to remove many rights that all Americans have worked to gain. But this bill, like many others that Congress has passed recently to protect the rights of Americans, will create protections for marriage equality that would be difficult to overturn.”

The Respect for Marriage Act has been introduced at least two other times since 2009, but has resurfaced in light of concerns of the U.S. Supreme Court banning gay marriage after overturning Roe vs. Wade.

The decision leaves it up to state legislatures to decide if abortions will be legal or not. To date, blue states like New Jersey have added protections to ensure safe abortions remain possible, while red states have acted quickly to ban them to varying degrees.

The bill to ensure marriage equality easily cleared the Democratic-led House 267-157 (47 Republicans also supported it), though it remains to be seen if it will receive the 10 Republican votes in the Senate to reach President Joe Biden’s (D) desk.

U.S. Rep. Bill Pascrell (D-9) also weighed in on why he was proud to vote for this bill.

“The House is voting today to enshrine marriage equality into hard law. We are moving with urgency because the radical rightwing Supreme Court no longer recognizes a right to privacy and has signaled it respects no precedents in its quest to impose Republicans’ extremism on America. They will not stop with Roe v. Wade and the right to choose,” he exclaimed.

“Clarence Thomas has clearly described the court’s intent to reverse the same sex marriage decision in Obergefell v. Hodges. Our bill guarantees under law that same sex and interracial couples have marriage equality protections and repeals the discriminatory Defense of Marriage Act. These times demand vigilance and action on behalf of our neighbors. The Senate should quickly advance our bill to protect marriage equality now.”