Jersey City Councilwoman-at-Large Amy DeGise has been cited for leaving the scene of an accident yesterday after hitting a bicyclist with her car while on the way to work and later reporting the incident to police. 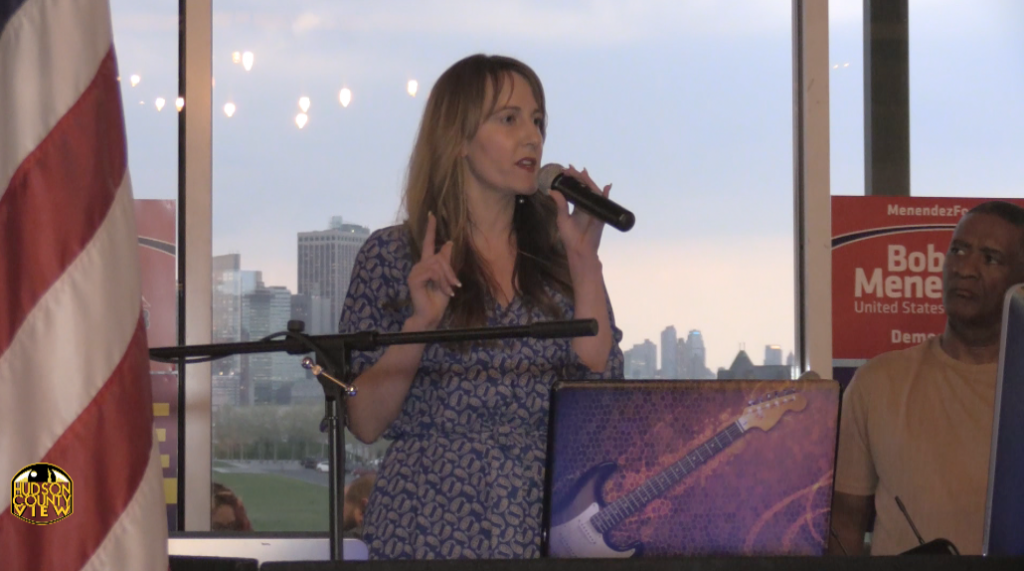 DeGise, elected to the council in November and a former chair of the Hudson County Democratic Organization, was driving to County Prep High School yesterday morning when she hit a bicyclist, according to sources with knowledge of the situation who spoke under the condition of anonymity.

While she did not stop at the scene, she reported the incident to the Jersey City Police Department a short while later and has been issued summonses, sources said.

They also indicated that the bicyclist suffered minor injuries and received treatment at the hospital.

HudPost first reported the incident as an alleged hit-and-run last night, also citing sources with knowledge of the situation.

This afternoon, DeGise issued a statement acknowledging the incident, but declined to comment further since it’s a pending court matter.

“I acknowledge this unfortunate event yesterday and I’m thankful that no one was seriously hurt. While the traffic summons that was issued is dealt with in court I will not be able to make any additional comment at this time.”

The Jersey City Police Department did not return inquiries seeking comment, while the New Jersey Courts indicated that there was nothing in their system yet.

HCV has also filed an Open Public Records Act (OPRA) request with the city seeking documents related to the incident.

Editor’s note: This story has been updated with a comment from Jersey City Councilwoman-at-Large Amy DeGise.

Police: Man arrested for exposing penis in the middle of Bayonne...