In an editorial, Joshua Sotomayor-Einstein characterizes the December 21st meeting on the $241 million school referendum as “intellectually insulting to the people of Hoboken.” 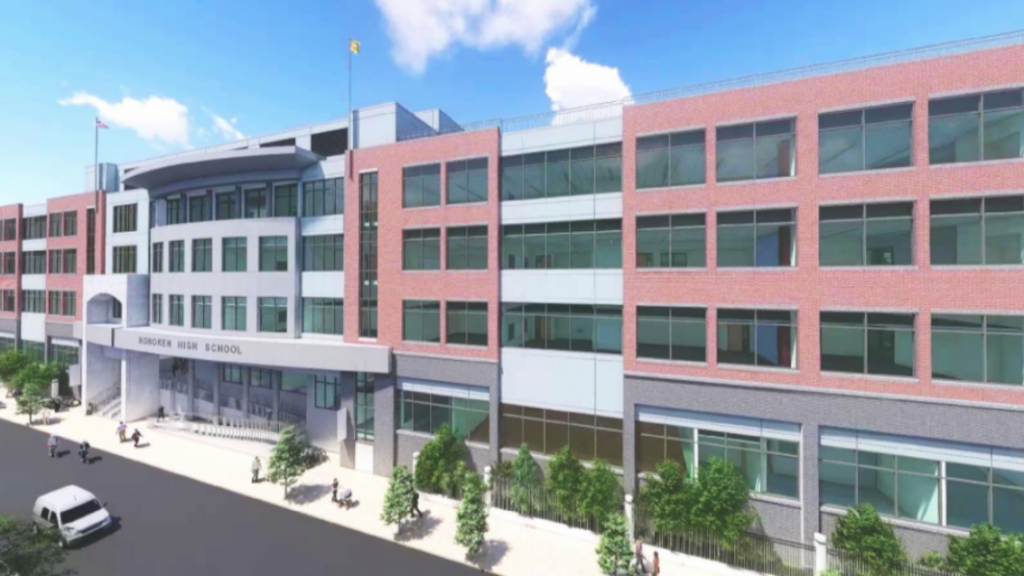 The public meeting held by the Hoboken Board of Education on December 21st on the proposal to spend $330 million to build a sports center with a new high school attached was intellectually insulting to the people of Hoboken.

The original format of the meeting, which was not posted prior to the sparsely attended propaganda session, was communicated to attendees as one of breakout groups.

Many believe the BOE was attempting to divide and conquer opponents of their bad idea by only informing attendees of the breakout groups after the meeting began.

Concerned citizens, upset with the games played to manufacture an enrollment increase, had questions based on the manipulated stats and on the project’s emphasis on sports facilities (such as an ice skating rink and a second BOE swimming pool).

Dr. Johnson, superintendent of the Hoboken District Public Schools, was used by BOE trustees as their spokesperson but handled the de facto hour long shift in format from the divide and conquer strategy the board seemingly was aiming for, to the direct whole-group question and answer it became.

While good government advocates maintained the level of decorum commensurate with a poorly publicized meeting engineered to stifle discussion organized by a local tax levying body (the BOE) on an issue already voted on without public input, the BOE trustees who spoke at the meeting did so in a disgraceful manner.

Of course, no one was advocating turning children away from public education, but that won’t stop the BOE’s attempt to destroy an army of strawmen arguments no one stated nor implied in order to seem responsible and sober.

What good government advocates were stating is that counterfactually positing an enrollment explosion as the propogandist pretend and doing so at a $330 million price tag during an inflationary recession and ongoing pandemic is irresponsible.

The facts remain that as elected officials, the BOE trustees have obligations to students and to the people of Hoboken whom they tax.

Past BOE, as well as municipal and county, capital projects have incorporated public input with months of lead time before a vote on the particular details of a project.

Yet this fact did not stop another BOE trustee from (accidentally hilariously) arguing that there could no public input before the BOE vote December 14 due to requirements by the NJ Department of Education.

An ice skating rink, second BOE swimming pool, and the many other non-scholastic elements of the proposed bad idea boondoggle are not required for education by the state, its departments, or any statute.

Due to the BOE’s rushed vote in December, Hoboken will have a take-it-or-leave-it referendum on January 25 on whether to go ahead with the bad idea boosters plan for a $330 million sports complex with a high school attached or to send them back to the drawing board.

The BOE, despite getting approval from the NJ DOE on August 4 of 2021, did not even inform the public of their plans until right before voting (in December) to put them up for referendum (January 25).

Despite the legal option of having five other dates allowed by state statute for holding a BOE initiated referendum, the BOE trustees maneuvered their special election for a date that required the “information” sessions on their plans to be held in the holiday season.

The bad idea boosters on the board of education should know that Hoboken good government activists are watching them and paying attention despite their attempts at obfuscation and pushing a my-way-or-the-highway plan.

It is the hope of many, both for and against the $330 million sports complex with a high school attached, that subsequent BOE hosted pitch sessions are handled in a more mature, open, and honest way than what occurred on December 21.

Hoboken residents deserve honest answers from BOE trustees, not sniping condescension from those elected by the public, who are also comfortable hiding behind the superintendent.