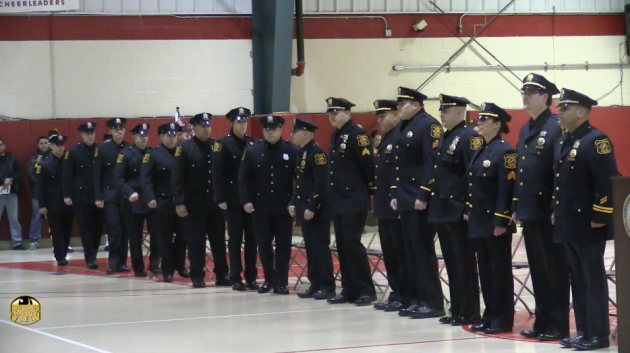 “Building trust between our officers and the community we serve has never been more critical to our mission, so I could not be more proud of the men and women of the North Bergen Police Department who are truly living up to our values by limiting the use of force whenever possible,” Police Chief Peter Fasilis said in a statement.

“I believe strongly that we are most effective when the residents know us, trust us, and believe we are here to protect them. Reducing use-of-force encounters helps build those relationships and makes our entire community safer.”

Since assuming the role of chief one year ago, he has placed an increased emphasis on providing officers with basic training on interacting with people with mental health disabilities and on crisis de-escalation, as well as offering increased support to officers who are showing signs of stress, among other measures, he added.

Fasilis also cited the township’s policy to only hire residents to the police department as a key factor to keeping use-of-force numbers down.

“We’ve always known that our North Bergen Police Department is one of the most outstanding law enforcement agencies in the state, and this new set of data proves that our officers are not only keeping us safe from crime, they are doing it in a professional manner that shows restraint and respect,” said state Senator (D-32)/Mayor Nick Sacco.

“I commend Chief Peter Fasilis and his entire team for making this possible and thank them on behalf of our entire community.”

“The North Bergen Police Department is becoming a model for what a successful law enforcement agency should look like in 2021,” he stated.

“I want to thank Chief Fasilis and his command staff as well as the rank-and-file officers who are living up to their training and showing the restraint and professionalism needed to reduce harmful encounters.”

The highest municipal use-of-force recorded in the aforementioned roughly five-month time frame was the Guttenberg Police Department, with 38.5 percent, while the Hudson County Sheriff’s Office was the lowest overall in Hudson with only 0.4 percent recorded.