In a letter to the editor, Jersey City Board of Education President Sudhan Thomas says that state Senator (D-33)/Union City Mayor Brian Stack “will fight for preservation of Democratic values” as the chair of the county Democratic party.Â 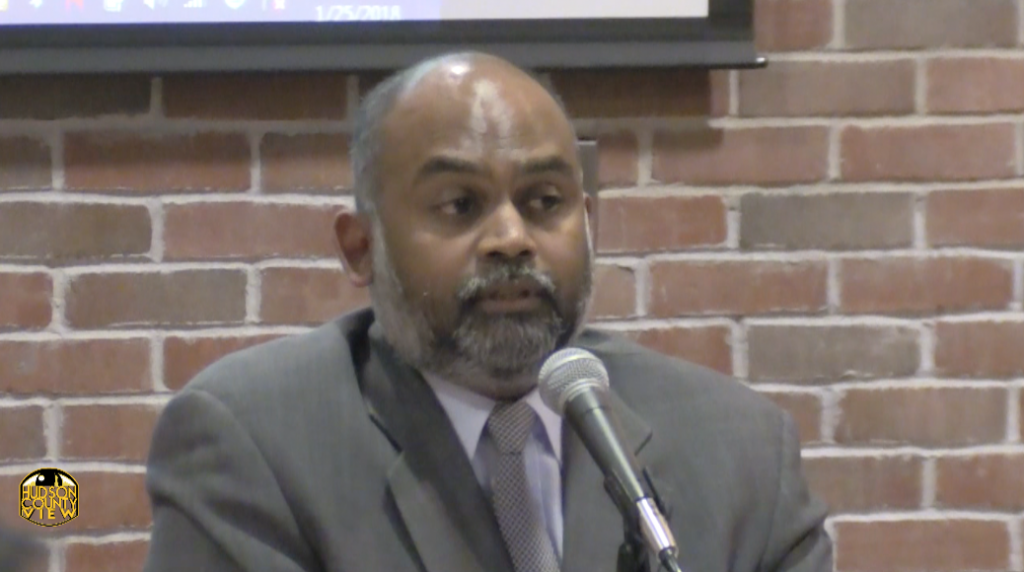 Our nation is going through tumultuous times. The foundations and building blocks of our great nation are being tested with right wing ideologies. The ideas of the Republican Party threaten to divide our great nation and shut out millions from the American dream.

Hudson County has been the gateway to millions who came from around theÂ world over the years in search of that American dream.

Brian Stack, a true modern day peopleâ€™s representative has redefined constituent services with his end to end constituent care, management and responsiveness. Stack is the best candidate for Chairperson to lead the Democratic Party.

Stack will fight for preservation of Democratic Party values; the party of everyone not an exclusive few with a false sense of entitlement.

The current times demand for a strong Democratic party that will truly represent the diversity of Hudson County. I am confident Senator Stack will extend the much needed leadership that the Democratic Party is urgently in need of and bring about transformation, change and progress to Hudson County.

These are crucial times in the history of our great nation, state and county. These critical times require strong transformational leadership with a proven track record and experience.

Stack, a true peopleâ€™s representative will bring together City-County-State and Federal democrats to take on the Republican party and its divisive agenda in a crucial election year where nationally the Democrats are looking to regain control of the House and Senate in Congress to thwart the anti-American agenda of Trump.

I am requesting the County Committee leaders of the HCDO to join me in supporting State Senator, Brian State for Chairperson, Hudson County Democratic Committee.

Stack is the natural choice for chairperson for HCDO and to lead the Democratic party in the Hudson County.

Thank you for your vote of confidence for Brian Stack.

*Disclaimer: These opinions are solely my own and are not the opinions of the Jersey City, Board of Education, its Trustees or any employees or contractors.

Editor’s Note: Thomas is also the president of the Jersey City Board of Education.Â