Jersey City Mayor Steven Fulop and Kearny Mayor Al Santos are sparring over tomorrow’s vote for the next chair of the Hudson County Democratic Organization, specifically the parking arrangements made at the venue: Kearny High School.Â 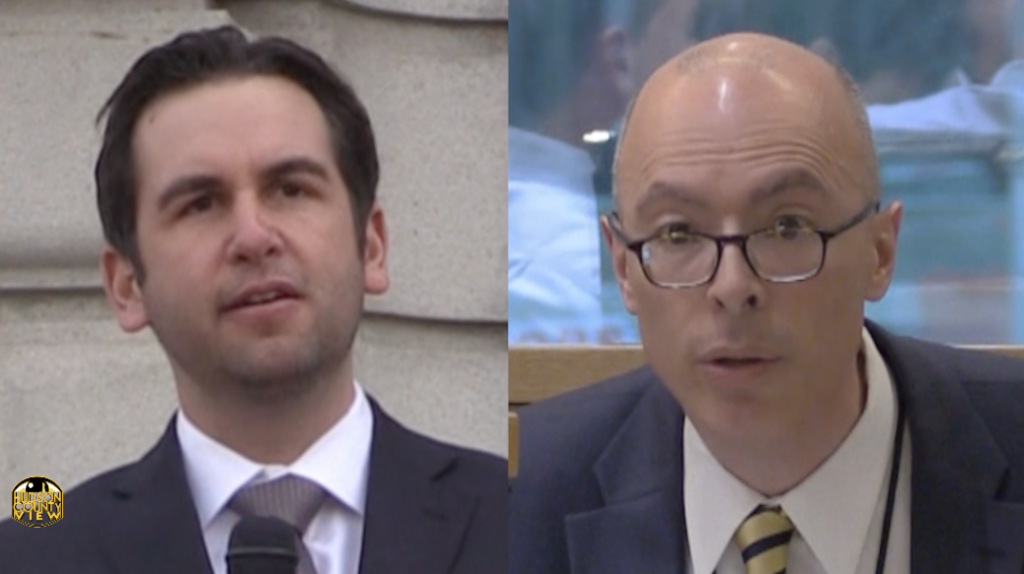 “To give a further perspective how they try to rig the system. They put these all over Kearny HS parking lot,” Fulop tweeted yesterday regarding signs advising no parking at Kearny High School from 4 p.m. until 9 p.m. on Tuesday.

“1st they chose the hardest place for the vote to make it difficult for Jersey City to get there. Then they shut parking. Mayor Santos works at county for Degise[.]”

Santos, who is also a clerk for the Hudson County Board of Chosen Freeholders, was quick to respond on Facebook, noting that this was standard procedure in Kearny and that Fulop should’ve gotten his facts straight before blasting him on social media.

” … Even though I think sheâ€™s the better choice, anyone who knows me knows that Iâ€™m a stickler for process and fairness. So weâ€™ve made the perimeter around the high school no parking from 4 to 9 pm for bus drop offs and parking for all those attending the event in the high school, posting temporary signs like we do for ALL major events held at the high school. So does Mayor Fulop call me to ask about the signs? No.”

Santos also called for an end to “the drama and conspiracy theories.”

In an email to Hudson County View, Santos further explained the parking situation, noting that similar measures will be taken for the high school graduation on June 22nd.

“The signs are to reserve parking for those attending the event. Without the signs, residents would take up all the spaces by the time of the HCDO meeting. In other words, weâ€™re trying to accommodate Committee members, not the opposite,” he wrote.

“We do this for large events at the high school such as track meets and graduation. Graduation is June 22, so you can check next week and see us do the same again.”

Stack and other Fulop allies protested holding the chair vote at Kearny High School and two members of the Jersey City Democratic Organization filed suit on Friday alleging that the HCDO bylaws have not been followed – asking for a judge to right the wrong.

Fulop declined to respond to Santos.

Editor’s note: This story was updated with a comment from Kearny Mayor Al Santos.Â