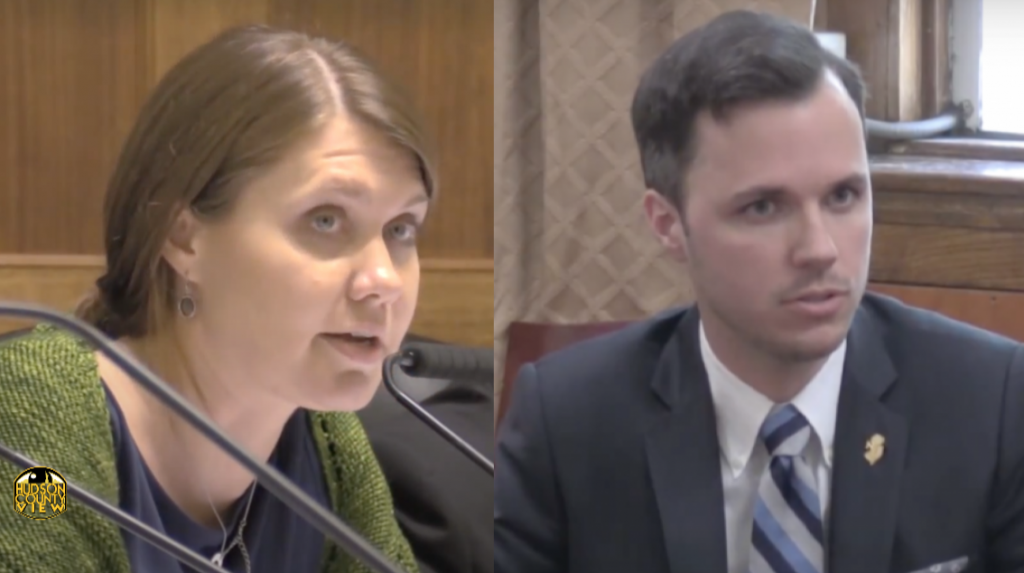 “In the last four years Jake’s oversight of bad landlords has saved residents from living through freezing winters without heat, and having to cohabit with vermin. If Jake can do that, he can take on the problems facing Downtown Jersey City today,” Osborne said in a statement.

“It won’t be easy. Ward E will have to confront effects of climate change that could render much of downtown uninhabitable in the next 50 years if urgent steps aren’t taken. Jake’s got a plan for Ward E that addresses resiliency and sustainability, so residents can continue to make Jersey City their home. His ideas for 21st century policing are sensible and keep Downtown safe, and his goals for affordability and schools will help Ward E families stay in Jersey City as long as they want.”

Osborne ran on Mayor Steven Fulop’s ticket in 2013, as Hudnut is now, and served one term that expired at the end of 2017. She is credited for helping phase out tax abatements on waterfront developments and getting Public School No. 16 Annex project moving.

She decided not to seek re-election in 2017, backing Rebecca Symes, who lost to James Solomon in the December runoff. Solomon is now seeking re-election on his own.

“I am thrilled to receive this endorsement from Former Councilwoman Osborne, who brought such effective, progressive leadership to Downtown during her term in office,” noted Hudnut.

“Candice knows exactly what it takes to show up for this ward and get things done, and her support means a great deal. As councilman, I will work tirelessly to solve the day-to-day problems facing residents, and pledge to be an independent, practical leader on quality-of-life issues affecting our community.”

The non-partisan Jersey City municipal elections are on November 2nd, with early voting available between October 23rd and October 31st.