The Jersey City Planning Board will consider expanding the city’s inclusionary zoning ordinance based on two tiers defined by their area median income (AMI). 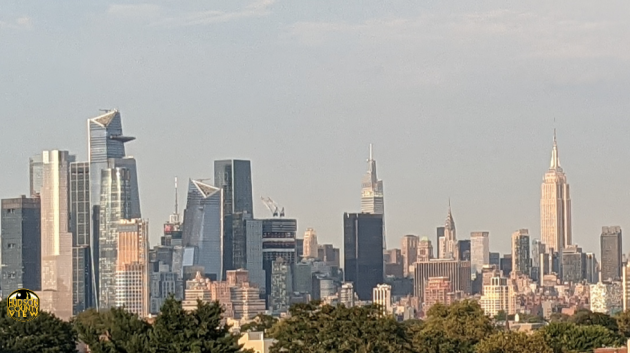 Referred to as the Affordable Housing Overlay, Tier 1 would be assigned to developments below 120 percent AMI in low, moderate, or middle income Census tracts will require a minimum of 10 percent affordable housing on-site.

Additionally, Tier 2 developments will be reserved for 120% AMI in upper income census tracts will require a minimum of 15 percent affordable housing on-site. City Planning will present the proposal at the July 26th planning board hearing.

“This is the second major mechanism we’ve introduced in less than one year to significantly increase access to affordable housing in Jersey City,” Mayor Steven Fulop said in a statement.

“We have worked to find innovative approaches that generate more affordable housing opportunities for low- and moderate-income families while also incentivizing investment and key development away from the waterfront. This Overlay expands beyond what the IZO can already do and will create affordability at all scales of development.”

In November, Jersey City officials partnered with the Fair Share Housing Center to come up with an IZO that would provide 10 to 15 percent affordable housing for most new developments.

Under the new ordinance, developments with 15 units or more in U.S. Census tracts above 120% Area Median Income (AMI) will require 15 percent affordability on-site.

Any development that receives a tax abatement must also provide at least 15 percent affordable housing.

Additionally, a 10 percent mandatory affordable housing set-aside will be required on-site for all development located within low- and moderate-income areas (below 120% AMI), as identified by the 2020 U.S. Census.

The Jersey City Council approved an IZO back in October 2020 that would have included a buyout provision for developers, but Fair Share sued and ultimately got a Hudson County Superior Court judge to overturn it just under a year ago.

“Developments using this Overlay will be able to seek approval before the Planning Board, rather than needing to go to the City Council for a rezoning or the Zoning Board for variances.”

To further boost future affordable housing, set-aside calculations for Affordable Housing Overlay that result in a fractional affordable unit of less than one-half will require the developer to provide a payment in lieu of the fractional unit.

In other words, anything over one-half will be rounded up. The payment is calculated based on a pro-rata basis of $180,000 per unit or a minimum of $36,000, whichever is greater, and all funds will go directly to the Jersey City Affordable Housing Trust Fund.

“We are glad to see Mayor Fulop expand on the existing IZO with this innovative approach. Prioritizing and maintaining the affordability for Jersey City residents, especially communities of color and low-income families who have called the city home for generations, is especially important.”