The Jersey City Council unanimously passed (8-0) the first reading of an ordinance authorizing the local redevelopment agency to issue nearly $170 million in bonds to help pay for the Bayfront project land. 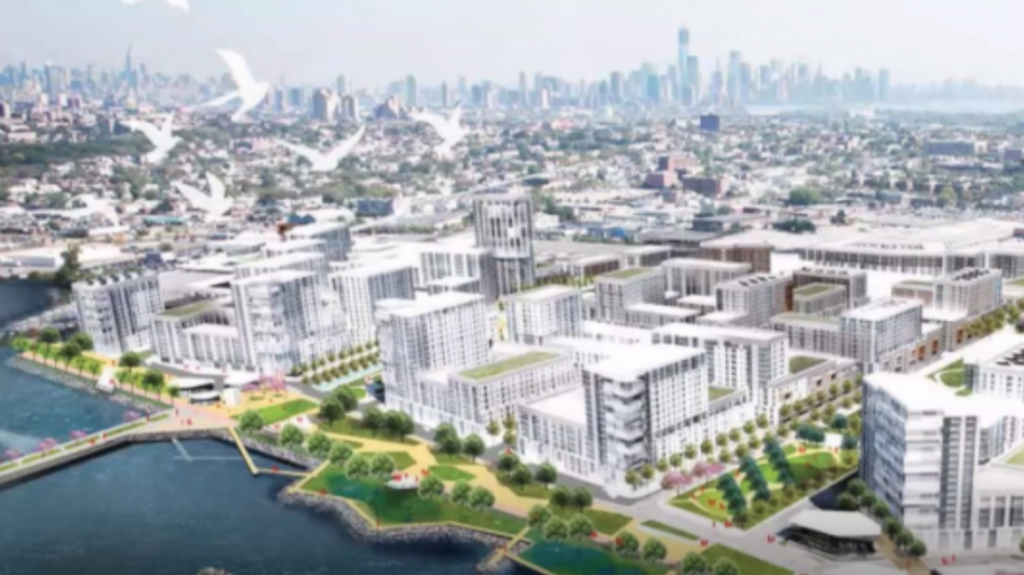 “Is there a redevelopment agreement first and foremost?,” Councilman-at-Large Rolando Lavarro asked, noting that here was a groundbreaking ceremony held last year.

He said he had previously asked for a copy of the agreement and has still not received it, which he called a “perplexing” situation.

He asked Business Administrator John Metro and the JCRA if it was possible for him to obtain those documents.

“We only have the information on the bonds right now,” Metro replied, stating someone could provide the documents at a later date.

Lavarro began to question if there was actually a formal agreement or not, asking his colleagues who sit on the JCRA board if they could speak to that.

Ward A Councilwoman Denise Ridley, who was absent from the meeting, and Councilman-at-Large Daniel Rivera are JCRA commissioners. Rivera currently also chairs the board, according to their website.

“Councilman, I want to say yes,” Rivera said, noting he was in touch with JCRA officials about the agreement.

“I appreciate that, Councilman Rivera. We all deserve to know what’s happening. I appreciate it if we could get that ASAP instead of before a vote at a meeting, Lavarro replied.

“It will not work. The city should have sold the land. You’re robbing Peter to pay Paul to do this,” she argued.

During Monday’s caucus meeting, Jersey City Bond Counsel Jim Fearon said the city missed the window to sell the land to a developer to cover the bonding costs.

Jeanne Daly was also very critical of the project, exclaiming “we are bankrupting our city.”

Additionally, Esther Wintner was curious how advantageous it was to issue bonds to receive a favorable interest rate.

“This is the taxpayers’ burden no matter what it is: it’s just that you’re changing the line item from one book to another,” she stated.

Nevertheless, the first reading sailed through 8-0, with Ridley absent.

The Bayfront is a massive redevelopment along the Hackensack River in Ward A that calls for 8,100 units of housing, a 340,000-square-foot office space, 450,000 square feet of retail, and 19 acres of parks.

The activist group Jersey City Together worked hard to push for the site to be cleaned of toxins and for affordable housing units to be built there.

The residential component also comes with 35 percent affordable housing and there will also be a K-8 school that would have the capacity to hold 400 students.

Jersey City is working to extend the Hudson-Bergen Light Rail to the Bayfront as part of the plan to redevelop the area. In addition, they are collaborating with NJ Transit to build a new train station there.