In the midst of a heightened terror alert, a bomb scare in Secaucus this morning was deemed not have any explosives at the scene after an extensive investigation, police said.

“Earlier this morning, The Secaucus Police Department was alerted to a suspicious vehicle (wires protruding in the interior) blocking a driveway in the area of 145 Centre Avenue,” Police Det. Sgt. Michael Torres said in an email.

Torres added that given the three bomb detonations in the northeast in the past 24 hours, the Secaucus Police Department “responded with an abundance of caution” by requesting an explosive detecting dog from the Hudson County Sheriff’s Office.

“After an extensive investigation, the dog did not indicate the presence of explosives at the scene; however, protocol required the response of the Jersey City Bomb Squad. Following procedure, a perimeter was established around the suspicious vehicle and homes in the area were evacuated.”

At about 11:00 a.m., the bomb squared cleared the vehicle, which has since been towed, and residents were allowed to begin returning to their homes.

The situation was deemed safe and under control just minutes before authorities announced that Ahmad Khan Rahami, 28, of Linden, was arrested after a shootout with police in the city streets (h/t The New York Times).

Earlier today, Rahami was named as a suspect in the explosion that took place in New York City on Saturday night, later linked to bombs found in Seaside Park on Saturday morning and Elizabeth this morning, respectively. 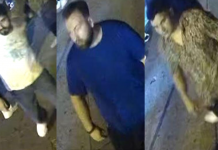 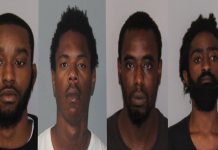 Police: Woman arrested outside of Lincoln Tunnel for owing $17,500 in...