Hoboken officials are praising the acquisition of Union Dry Dock today, coveted property in the 2nd Ward that will be a critical part of a contiguous waterfront park. 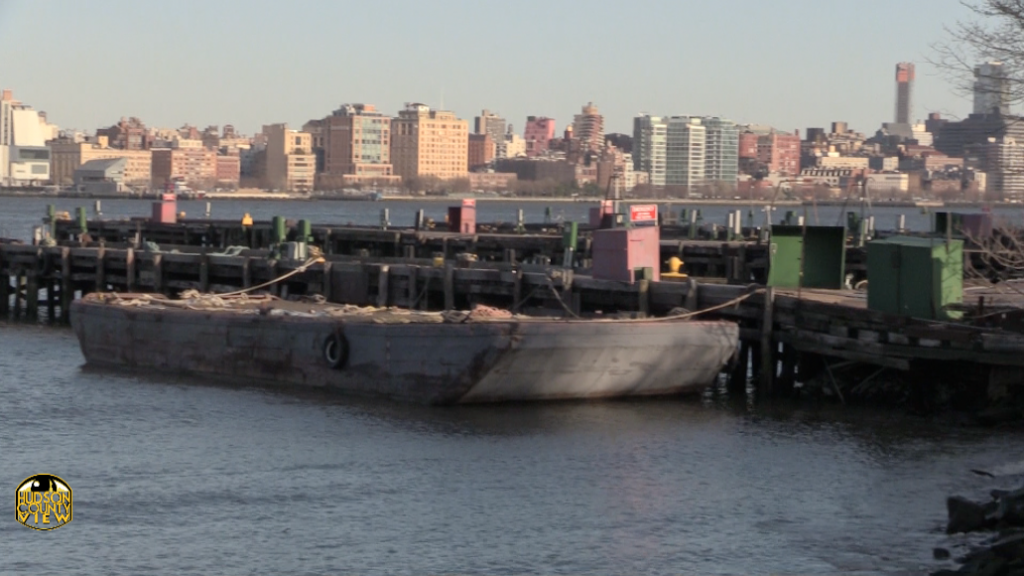 “Make no mistake about it, the Union Dry Dock property is now in the hands of the City of Hoboken. This is truly a historic day for our residents, and I’m beyond thrilled that the entirety of our waterfront is now in our control and that we can once and for all plan for public open space and connect our treasured waterfront,” Mayor Ravi Bhalla said in a statement.

“This day couldn’t have happened without the steadfast support of our many residents and advocates, including the Fund for a Better Waterfront, who made their voices heard loud and clear that Hoboken deserves nothing less than a waterfront park. I look forward to working with our community on a design our residents can be proud of in the coming months.”

The mayor also thanked Gov. Phil Murphy (D) and state Senator Brian Stack (D-33), also the Union City mayor, for their advocacy in the matter, as well as New York Waterway, who previously owned the property.

The acquisition, which was many years in the making, was undertaken in accordance with the condemnation process, which allows the city to move forward with acquiring the unused waterfront property.

The council approved their fourth attempt at acquiring the land via eminent domain in October and were finally successful.

“The fact that the City of Hoboken has acquired Union Dry Dock is an historic turn of events,” added Fund for a Better Waterfront Executive Director Ron Hine.

“This site, inaccessible to the public for more than a century, will add more than 3 acres to Hoboken’s waterfront park and complete one of the final missing gaps in a continuous park at the water’s edge first proposed by FBW in 1990. Kudos to Mayor Bhalla and his administration, and all the many community advocates who helped make this happen.”

Pursuant to a Hudson County judge’s order, the city deposited the appraised amount of the Union Dry Dock property, $13.36 million, into court. The city also recorded a declaration of taking with the Hudson County Register.

Through these actions, the city has effectively acquired title and ownership of the property.

NY Waterway will continue to temporarily occupy the property with the support of the administration, as the city and the company are working to finalize a temporary lease agreement at the Union Dry Dock property.

The lease will assist in the docking of a portion of NY Waterway’s fleet while they redevelop and expand their current ferry operations at an alternate location.

“This could not have been accomplished without the unwavering support of my city council colleagues, the efforts of Fund for Better Waterfront and most importantly, the continued advocacy by my Hoboken neighbors, all who have been fighting to protect Hoboken’s waterfront for decades,” stated 2nd Ward Councilwoman Tiffanie Fisher, who also thanked Bhalla for his efforts.

With control of the property, the Bhalla administration will initiate a public planning process to determine the public amenities and features that will be located within the waterfront park.

“After many years of negotiations and effort, today marks an important milestone with the City’s acquiring the Union Dry Dock site. On the City Council, we have long fought for and supported the public having a fully public, fully accessible, connected world-class waterfront park,” Council members Phil Cohen, Jim Doyle, Emily Jabbour, and Joe Quintero said in a joint statement.

“Congratulations to Mayor Bhalla and his Administration for achieving this major accomplishment and leading this multi-year effort. We look forward to working with the residents of Hoboken on a waterfront park design, as well as with New York Waterway on a smooth and orderly transition to local control of our waterfront.”

The administration today released a request for proposal (RFP) to solicit professional design firms to present options for the design of a public park at the property.

The firm will be tasked with working with the administration and conducting a robust public process that will solicit community input from residents, similar to Hoboken’s other open space projects. The RFP can be viewed here.

“On the city council, we have long supported a waterfront for the people, and the fact we are now getting that thanks to the collective efforts of the entire city is something that we are beyond proud of,” added 1st Ward Councilman Mike DeFusco and 4th Ward Ruben Ramos.

“Thank you to the administration, previous Mayors, past and present members of the council, Fund for a Better Waterfront, and the scores of residents who have dreamed of this day for years. On to a waterfront park that will finalize this decades long effort!”

The final acquisition price of the property will be determined by the courts, or an agreed to amount if the city and NY Waterway are able to negotiate a final price through the condemnation process.

“This is an incredible moment for Hoboken! I have been proud to join the administration and my colleagues in fighting for a fully public waterfront and the fact that this day is finally here is a pivotal moment in Hoboken’s history,” Council President Mike Russo added.

“Kudos to all of the advocates and residents who have been fighting for this for years! I look forward to helping to plan a park at this site and encourage residents to participate in the public planning process.”