Hoboken 3rd Ward Councilman Mike Russo said that he’d consider running for freeholder in the June primary in the event he had support of local Democrats and fellow elected officials in the Mile Square City. 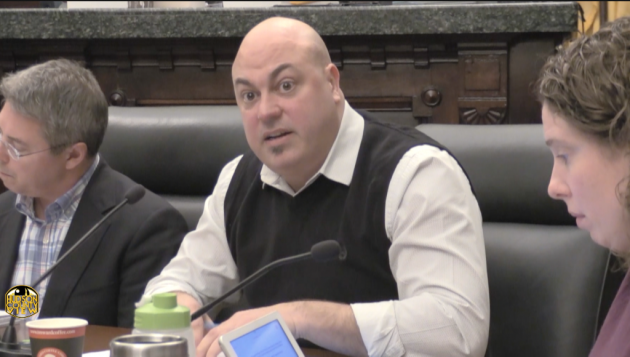 Russo has been rumored to testing the waters to see if he would be a viable candidate for the 5th District freeholder seat, which includes Hoboken and the Jersey City Heights.

In response, Romano told HCV that he is fully committed to running again and hopes to have Russo’s support – as he did in 2017 when he unsuccessfully ran for mayor.

“I respect Michael, heâ€™s been an elected official for a long time, heâ€™s a good friend, and Iâ€™d hope we can have a meeting of the minds where he will support my re-election bid,” Romano, he announced he’d seek re-election last month, said over the phone.

“Iâ€™m running in 2020 and Iâ€™m hoping to do so with the support of the Hudson County Democratic Organization.â€

On Wednesday, Mayor Ravi Bhalla said after a ribbon cutting ceremony that he was not yet committed to supporting anyone in the race – which for now has incumbent Anthony Romano as the only candidate.

“I want to make sure that I collaborate, I haven’t really made a decision yet, but I’d like to make sure that it’s somebody that we all feel comfortable with, somebody who can represent Hoboken and who’s the most qualified to do so,” the mayor said.

At the time, Romano told us that he was optimistic he could continue working with Bhalla and the Hoboken City Council.

“We’d love to have the support of the mayor, the city council, because we enjoy working with them, and my fellow freeholders and the county executive, and my state senators,” he explained, noting that he’d like to see a united front with state Senator (D-33)/Union City Mayor Brian Stack and Jersey City Mayor Steven Fulop on board.

Stack has been rumored to be open to supporting Russo if he runs, though he could not be immediately reached for comment on Friday morning.