The Hoboken Cannabis Review Board (CRB) pushed one application, approved one, and voted down another at last night’s meeting. 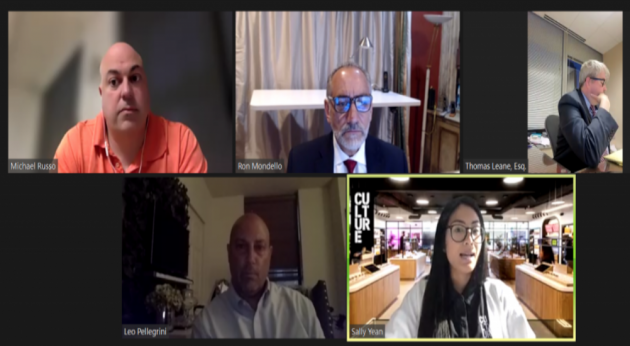 Attorney Jim Burke, for Terrapin Care Station, sought to secure their ability to sell adult-use cannabis at 86 River Street before they opened for medical cannabis sales.

“I don’t believe they’ve been operating yet or at all yet. Do we have to hear this tonight?,” Commissioner Jason Freeman, also the city business administrator, asked.

“We are teeing this up in essence because we would have to go back to the planning board. We appeared in March of ‘21. We were not approved by the Planning Board until November ‘21. Waiting a year, I don’t think that’s required,” Burke said.

Freeman said there wasn’t anything they could do about that and the fact remained this conversation was premature.

Board attorney Ron Mondello explained they need to operate a year before they apply to sell adult-use cannabis, resulting in a motion to hear their application at later time passing unanimously (3-0).

The next application was from the company Jersey Joints, which is seeking to open at 1427 Grand St.

General Manager Neehar Patel said he went to college near Boston and then worked for his family’s dispensary called Campfire Cannabis in Massachusetts.

He also noted they are officially minority and women-owned since his mother and aunt are the majority shareholders.

“To our knowledge, there’s no other dispensary in the ward we’re applying for,” attorney Sean Mack said.

“It’s in a redevelopment area: that’s really exciting because we can vision what’s it going to be like in five to 10 years,” Patel said.

“Does your business plan call for giving anything back to the community?,” Mack asked, to which Patel said they would give a net one percent of their revenue back to the city. They would also encourage their workers to volunteer for local philanthropic efforts.

Mondello questioned if that was in addition to the mandatory two percent, to which Patel said it was.

“How married are you to the name Jersey Joint?,” Freeman asked.

He said they want to “foster an environment where the negative connotations of cannabis are not part of the signage.”

“My concern is it’s a little too inviting of the stigmatization,” Freeman claimed.

Mondello said the state has made it clear companies can’t use apply as “doing business as [DBA],” to which Mack said they filed an application with the state about a month ago.

Board counsel said they would have to start from scratch if they had to change their name.

“I understand where Mr. Freeman is coming. We’re really trying to stop that stigma. I think there’s a way around it,” Commissioner Mike Russo, also the council president, said.

“How many years were you in operation there now? And how many cannabis dispensaries do you have now?,” Commissioner Leo Pellegrini, also the health and human services director, asked.

Patel explained they’ve been open for a year-and-a-half and are trying to open a second location.

“Would you foresee any issues with that ask?,” Russo asked.

“This is not quid pro quo,” Mondello replied, to which Russo followed up by explaining they could potentially contribute to affordable housing or fund police officer.

After fielding some questions about his experiences in Massachusetts, the location, and signage for the name, the application was approved 3-0.

Given that Hoboken recently capped their total number of dispensaries at six, Freeman asked if the board could continued to hear applications.

“We’re technically not approving them. Why can’t you have more than six? Three might not be approved,” Mondello said.

“I think we’re in a decent position, we finish out tonight, which makes seven,” Russo added, noting that Harmony’s Hoboken dispensary location has not been approved by the city council yet for adult-use sales.

The third application was called Culture Hoboken Inc., with a potential address of 321 Washington St.

“Culture is a brand with several locations in California. It is in Ward 1. But it is directly across from Ward 6,” stated attorney Thomas Leane.

Culture Hoboken COO Sally Yean explained she was raised in Long Beach, CA and by a single mother who was an immigrant in a “poverty-stricken childhood.”

Her business partner, Simon Lamb CEO, is from Brooklyn and would be the in charge of daily operations, while Andrea Garcia, a first-generation Cuban American from Union City, would be their community representative.

“It is the intention of Ms. Garcia to become a resident of Hoboken should this license be approved,” Leane stated.

The board began to show some trepidation when they heard that no one involved had a background in the cannabis industry, with nearby resident Chris Jones noting this is a high traffic area.

“How would that be realistically attended to in the delivery aspect?,” he asked.

“We’ll make sure our security guard is directing traffic,” Yean replied, also pointing out they would have a loading zone.

Pellegrini was not convinced that this address was the right on for a dispensary.

“This is right smack in the middle [of the city] … I don’t want it in this location,” he said.

“I think we as a city limited ourselves. I fully endorse this location and application. I think you did a fabulous job,” Russo said.

Before the vote, Freeman said too many aspects were still undefined, such as having no lease on the property, a lack of experience in the field, and the noted parking problems.

Their application was denied 2-1, with Freeman and Pellegrini voting no and Russo voting yes.