An embattled North Bergen Housing Authority employee accused of having a very low-show job was fired last week, while the U.S. Attorney’s Office has submitted subpoenas regarding his animal control business, officials confirmed. 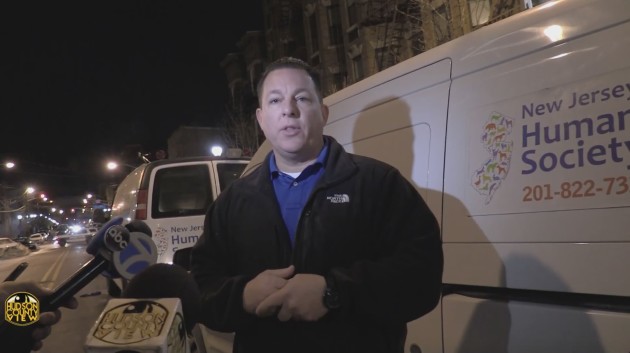 “NBHA’s internal investigation into the matter is ongoing and the Housing Authority will also fully cooperate with any inquiries being made by outside agencies. NBHA is committed to efficiently utilizing taxpayer resources and is currently undergoing an internal review of employee accountability procedures.”

Beginning on February 28th, the NBC I-Team produced a series of reports alleging that Santini only showed up to his job as the head of security at the NBHA for a few hours week.

As a result of that series, Santini, who runs the the West New York-based company New Jersey Animal Control and Rescue, lost his animal control contract in Garfield and his agreement in Bayonne appears to be in serious jeopardy.

Bayonne spokesman Joe Ryan said this morning that the FBI had not visited City Hall or inquired about Santini’s animal control services.

As a follow up to NBC’s expose, Hudson County View exclusively reported that Santini’s salary at the NBHA doubled in just 16 months between 2015 and 2016.

He made an annual salary of over $81,000 when he was terminated last week.

In our previous story, we also noted that West New York, where Santini’s animal shelter is located, approved a request for proposals (RFP) for animal control services last month.

Town spokesman Pablo Fonseca confirmed this evening that the U.S. Attorney’s Office has issued them a subpoena regarding animal control.

“The Town of West New York can confirm that we are in receipt of a subpoena from the U.S. Attorneyâ€™s Office, seeking documents relating to the employment and/or contractual agreements focused on the animal control function in Town,” Fonseca wrote in an email.

“We understand multiple neighboring communities did as well. The Town of West New York places the highest priority on compliance, and we will fully cooperate with the U.S. Attorneyâ€™s Office.”

Santini has served as the animal cruelty investigator in the North Hudson municipality since January 1992, according to his LinkedIn page.

A spokeswoman for Union City, another municipality where Santini has provided animal control services, did not respond to emails seeking comment.

However, sources, who spoke under the condition of anonymity since they were not authorized to speak on the matter, said that Union City was another municipality that received a federal subpoena regarding Santini.

They could not confirm which other municipalities, if any, had received a formal federal request for records and/or documents.

Despite that fact, those same sources also told Hudson County View that the FBI is working with the U.S. Department of Housing and Urban Development’s Office of the Inspector General to further investigate Santini’s employment at the NBHA.

Swibinski, who is also the spokesman for the Township of North Bergen where NJACR is the animal control provider, did not respond to any questions about a potential federal probe into any of Santini’s recent work.

U.S. Attorney’s Office spokesman Matt Reilly simply said that “we never confirm or deny the existence of any investigation” when asked about the FBI’s role in the ongoing investigation.

A spokeswoman for the HUD inspector general did not return inquiries seeking comment, nor did Tom Wall, an Edgewater attorney representing Santini.