AlthoughÂ a civil war between the Hudson County Democratic Organization is in its infancy, U.S. Rep. Albio Sires (D-8) will not face a Democratic challenger – though there will be a battle for 58 committee seats in his hometown of West New York.Â 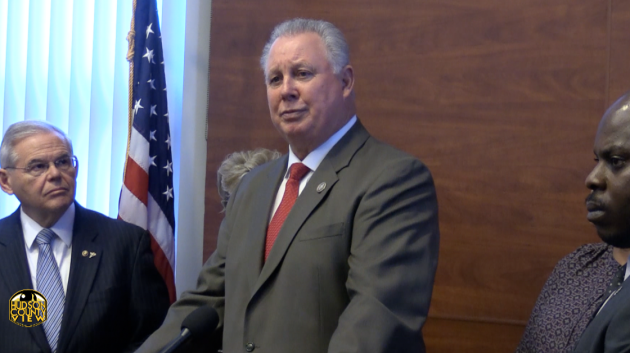 According to filings with the New Jersey Department of State Division of Elections, Sires is the only Democrat who filed for Congress in the 8th legislative district, meaning that he is all but guaranteed a spot on the November 6th ballot.

While he picked up his petitions for nomination, he did not submit them, setting up Sires for another two years in Washington as long as he can get past Republican challenger John Muniz at the end of the year in what should be a lopsided contest.

Sires and the West New York Democratic Committee members that filed on the HCDO line will have the benefit of U.S. Senator Bob Menendez (D-NJ), another Democratic incumbent heavily favored to win re-election, at the top of the ticket.

DespiteÂ facing an uphill battle, Mayor Felix Roque still filed a full committee slate in what looks to be the one and only Democratic power struggle in North Hudson this primary season.

At a fundraiser last week, Sires made it abundantly clear that he and Roque were no longer on the same page, calling for making “a change in West New York for the better in the future.”