After a tense weekend where it appeared that NJ Transit was poised to acquire Hoboken’s Union Dry Dock at a special meeting on Wednesday, Mayor Ravi Bhalla says cooler heads have prevailed and that public session has been cancelled. 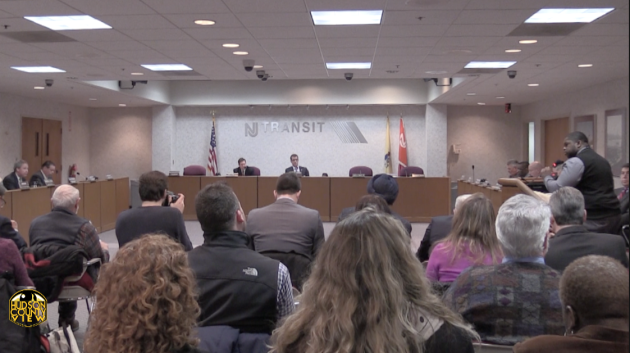 â€œI am glad the meeting is being canceled and we now have an opportunity to find a use for the land through an open and public process,â€ Bhalla said in a statement.

â€œIt is still my goal to provide a contiguous waterfront in Hoboken, and I look forward to working with the Governorâ€™s office, New Jersey Transit, and New York Waterway to make this a reality and find a reasonable alternative location for the fueling and maintenance site.â€

As part of the deal to cancel the meeting, Bhalla agreed to formally end eminent domain proceedings and withdraw the offer to buy the land, Hudson County View first reported yesterday.

A resolution and ordinance detailing this action has been added to the Hoboken City Council agenda for their regularly scheduled meeting for tomorrow at 7 p.m., the mayor’s office said.

The council approved a measure allowing the city to purchase Union Dry Dock from New York Waterway for $11.6 million, with the ability to use eminent domain if necessary.

Bhalla then made a formal offer for the property before NJ Transit Executive Director Kevin Corbett said in a letter that the agency would have to acquire the property to ensure service of NY Waterway is not disrupted.

Corbett revealed that NY Waterway must vacate their Weehawken headquarters by June 1st.

â€œThis resolution is the latest in a series of good-faith efforts on our part to cooperate with all parties,â€ added Bhalla. â€œI thank Governor Murphy for working with me to ensure an open and transparent process.â€

Officials are considering alternative locations in Bayonne, which has expressed interest in housing the proposed facility, for New York Waterway to use.

Late last month, Bayonne Mayor Jimmy Davis announced that the Peninsula City is moving forward with aÂ commuter ferry plan, with a request for proposals expected to go out soon.

A new agenda posted online by NJ Transit says that they have rescheduled their meeting for 2 p.m. on Thursday, but Hoboken spokesman Santiago Melli-Huber says that meeting will also been cancelled as long as the council votes to rescind eminent domain.