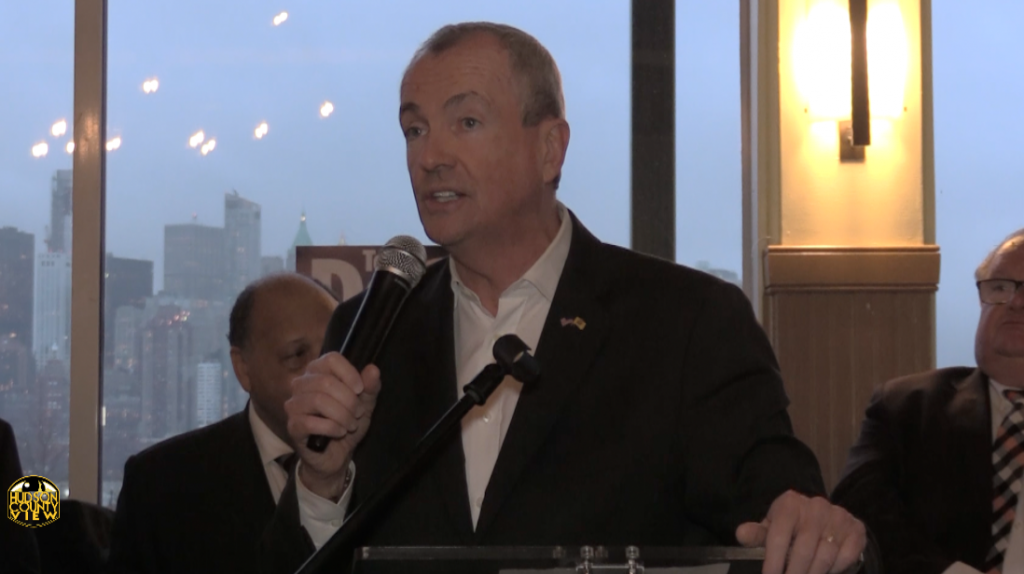 The HCDO, which was the only Democratic committee in the state in debt last summer and only raised $60.60 in the first quarter of 2022, gave six big donations to the NJDSC between September 22nd, 2021 and January 6th, 2022, reports filed with the New Jersey Election Law Enforcement Commission (NJ ELEC) show.

According to the NJ ELEC database, the HCDO has only made seven donations to the NJDSC in their history prior to this, dating back to October 10th, 1989, for a total of $72,511.76.

Despite lackluster fundraising for years, the HCDO was getting maxed out donations of $37,000 from groups such as the New Jersey State PBA, the New York Hotels Trade Council, Nancy Pelosi’s re-election campaign, and even the Fair Fight Inc. PAC linked to Georgia gubernatorial hopeful Stacey Abrams.

Rebovich Institute of New Jersey Politics Director Micah Rasmussen called this a classic case of “wheeling,” giving a contribution with an organization knowing they would pass it on to another one, since county committees in NJ have a max donation of $37,000 – as opposed to $25,000 for state committees.

“County parties are the only kind of entity that can receive contributions in this amount, so that serves as a part of the explanation as to why the funds would pass through the county party,” he said in an email.

“But it seems like a $12,000 difference might not be enough to pass them through, so there would need to be some additional reason – a high level of trust between the county and state party, for example.”

Neither the HCDO or NJSDC gave a ton of money to Murphy considering he raised over $16 million last year.

A Democratic source familiar with the situation, who spoke under the condition of anonymity since they weren’t authorized to speak on the matter, argued that this is not a case of wheeling since the HCDO gave to the NJSDC and then a PAC – which is different than giving to the governor’s campaign directly.

Expectedly, Rasmussen disagreed with this assessment of the situation.

“Honestly, it doesn’t matter what you call it. The point is, HCDO was very simply a pass-through. A conduit for contributions which have not in the past typically landed in the HCDO’s account, and which didn’t stay there.”

Craig Guy, outgoing Hudson County Executive Tom DeGise’s chief of staff who is running to succeed him and also the HCDO treasurer, had no problem admitting that the fundraising push was to ensure Murphy and other Democrats made it over the finish line in November.

“Those contributions were to push the Murphy agenda forward, to get Phil Murphy and other Democrats re-elected,” Guy, who is hosting his campaign kickoff at a Jersey City event that features the governor next week, said over the phone.

While the local county Dems have six figures in the red, $100,404.20 according to their July 15th ELEC report, Guy said that they are working on getting those debts forgiven.

For example, $35,000 owed to former Bayonne Mayor Smith’s campaign were forgiven on this latest report. Guy said that since the majority of the other debts are from law firms, counsel are reviewing to ensure forgiving them would not lead to pay-to-play issues.

Furthermore, Murphy has recently drawn the ire of progressives for headlining Guy’s Liberty House fundraiser, particularly since the governor has stopped short of calling for Jersey City Councilwoman-at-Large Amy DeGise’s resignation over a July 19th hit-and-run.

NJSDC spokesman Phil Swibinski, who is also a spokesman for the DeGises, the HCDO, and Guy, noted that their efforts aided blue candidates up and down the ballot in all 21 counties in New Jersey.

“The New Jersey Democratic State Committee’s successful Forward 2021 coordinated campaign helped support Democratic candidates up and down the ballot in every county of our state with direct voter contact, digital organizing and other essential get out the vote efforts,” he said in a statement.

“Through this work and partnerships with county and local parties, we were able to re-elect a Democratic Governor for the first time in decades while retaining a majority in both houses of the legislature and making significant gains in county and local governments. The state party looks forward to continuing to work with the party’s county and local organizations to elect more Democrats and stand up for our shared values.”

Murphy ended up besting Republican nominee Jack Ciattarelli by about three percentage points in November and is already a rumored 2024 presidential candidate – though he has said he won’t be running if President Joe Biden (D) seeks a second term.

Legislative candidates in red districts that the NJSDC was trying to flip blue, such as the 25th, 26th, and 39th Districts, also received tens and thousands of dollars from the state committee, though none ended up in the winner’s circle.