New Jersey Assembly Majority Whip Nick Chiaravalloti won’t seek re-election in the 31st Legislative District, pulling out of the race just 20 days after announcing an off the line challenge against William Sampson IV. 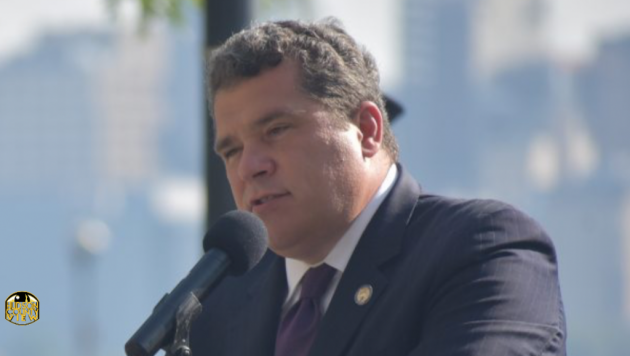 “I would to withdraw my candidacy for the New Jersey General Assembly 31st Legislative District 2021 Primary Election,” Chiaravalloti wrote in a letter to Hudson County Clerk E. Junior Maldonado this morning.

While Chiaravalloti participated in Friday’s ballot drawing, he has removed his name from consideration ahead of the June 8th primary ballots being printed.

On March 30th, he announced he planned to go toe-to-toe with Sampson, the preferred choice of Bayonne Mayor Jimmy Davis after a falling out with the incumbent assemblyman that is yet to be explained publicly.

Sampson formally received the endorsement of the Hudson County Democratic Organization on April 5th, ensuring that Chiaravalloti would have a steep uphill climb to get elected to a fourth term.

In a statement, Chiaravalloti said he was “frustrated and disappointed” with the situation, but ultimately decided not to run on a ballot where Gov. Phil Murphy (D) is on the ballot.

“I believe I have done a good job in Trenton and that no one individual should dictate who represents the people of Bayonne and Jersey City in the New Jersey Legislature. Unfortunately, in the culture of Hudson County politics, there is no current process for me to present my record, no screening committees, no interviews, and no participation on the part of the elected Democratic committee members,” he said.

Early this evening, Sampson thanked Chiaravalloti for his service and thanked Davis for his support.

“I’d like to thank Assemblyman Chiaravalloti for his service to the residents of Bayonne and Jersey City over the years. I’m grateful for the faith Mayor Davis has shown in me and the path God has put me on to serve the residents of LD 31 in the Assembly,” he said in a statement.

“While I’m mindful of the milestone my election to the Assembly will be, I know the person in the position is never as important as the people they represent. I look forward to working with Governor Murphy, Senator Cunningham, and Assemblywoman McKnight in the coming months and always for the people.”

Editor’s note: This story was updated with a comment from William Sampson IV.