Outgoing Assemblywoman Annette Chaparro (D-33) has indicated that she plans on serving her constituents until her term ends at the end of the year, vowing to still aid her community after the fact, in light of the county Democrats backing John Allen for Assembly. 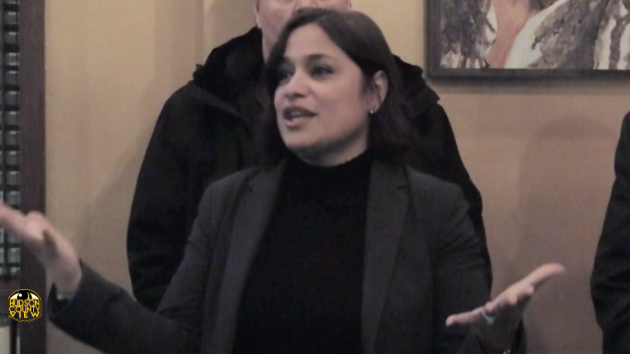 “While my work is far from over, I wanted to thank the voters of the 33rd District for entrusting me to be their voice in Trenton for what will be eight years of service to the people of Hoboken, Jersey City, Union City, and Weehawken,” Chaparro, first elected in 2015, said in a lengthy statement.

“As announcements regarding the political future of my seat were made, I wanted to let everyone know that I am committed to a hard-working 2023 and will still help my community in any capacity I can going forward.”

Chaparro, who also works at Hoboken City Hall, continued that she believes she brought a unique perspective to the legislature since she is a single mom who was born and raised in the Hoboken Housing Authority.

She also promised to help make it a smooth transition for the new legislators, indicating that she was happy to see a Latina, Jessica Ramirez, running to fill Raj Mukherji’s Assembly seat as he runs for the Senate in the new 32nd Legislative District.

Allen, a close ally of Mayor Ravi Bhalla, was formally named as the HCDO’s Assembly pick out of Hoboken at a press conference yesterday.

A former assistant corporation counsel for the city who left at the end of last year in anticipation of his Assembly bid, Allen thanked Chaparro for her service during his remarks.

Chaparro, who was selected for the seat by former Mayor Dawn Zimmer and largely able to stick around due to state Senator Brian Stack’s (D-33) political sway, did not mention Bhalla, Allen, or Ramirez by name when addressing the situation.

“I’ve been happy to be a partner with all the mayors in my District, especially Mayor Dawn Zimmer, who encouraged me to seek this position. It has been the blessing of a lifetime to serve my community,” she said, thanking Stack as well.

” … My work isn’t done in the Assembly, and it won’t be done when my term ends. I still want to be a voice for all the people who need help in my community. But as plans for the future are announced, I wanted to simply say a big THANK YOU to everyone who has supported me on this journey.”

After legislative redistricting in February, the new LD-32 will consist of Hoboken and the Journal Square, Heights, and Downtown section of Jersey City, while the new LD-33 will include North Hudson (Weehawken, West New York, Union City, North Bergen, and Guttenberg) and Secaucus.

As rumors swirled about her getting replaced in June, Chaparro said at the time that she wanted to “let the voters decide on any political future.”

LETTER: Jersey City voters need to ask why a developer is...