Former U.S. Rep. Albio Sires has formally launched his bid for West New York mayor, a post he held between 1995 and 2006, which will nearly guarantee a three-way dance for the seat. 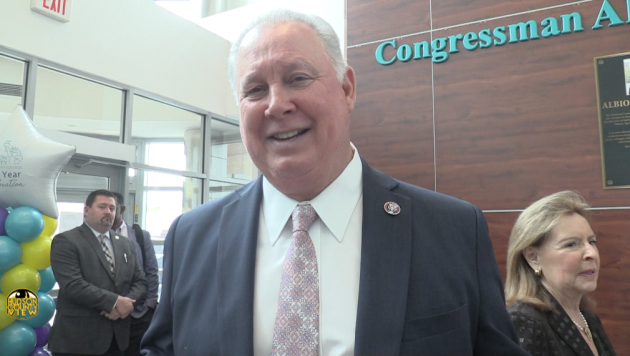 “Being the Mayor of West New York has been the greatest job I’ve ever had. Only in this country can a kid from Bejucal, Cuba who played basketball at Memorial High School make it to the halls of Congress,” Sires said in a statement.

“West New York was the place that made me who I am today and over the years, I’ve been able to help a lot of residents.”

He added that his campaign will focus on the issues that impact West New York residents daoly, including addressing crime, stabilizing rents and taxes, expanding local services, supporting education, adding more parking throughout town, and investing in streets and parks.

As Sires told HCV last month in response to Public Affairs Commissioner Cosmo Cirillo announcing his mayoral campaign, he wants to see the town build a new library and school, as well as now mentioning a media center.

“I want to build a new media center in the heart of town on Bergenline Avenue for all of our residents to enjoy. The current library across from Town Hall is falling apart and is not handicap accessible,” he stated.

“In the Congress, we were able to really invest in school infrastructure, and because of that Memorial High School, as well as some of the elementary schools, will be getting air conditioning units. Trust me, I was a student and a teacher at Memorial High School, this is desperately needed. And now, the state has said West New York needs a new school to address overcrowding that we’re going to build on Broadway between 64th and 65th Streets.”

Sires’ announcement is not surprising, given that he and former Mayor Felix Roque were rumored to be facing off as far back as June.

While Roque hasn’t announced a comeback campaign yet, he is expected to at Las Palmas on January 19th, as HCV first reported.

In reference to his commissioner slate, Sires said he would be announcing “a dynamic group of people that represent all of West New York.”

“One of the things that I saw in Washington was how deeply divided our country is today. I want to be a Mayor for everyone who calls West New York home, and my team will reflect just that,” he explained.

Sires is an eight-term congressman who previously served three terms as mayor, as well as being a former state Assembly speaker.

The current Mayor Gabriel Rodriguez, has the backing of the Hudson County Democratic Organization to head to the state Assembly in the 33rd Legislative District.