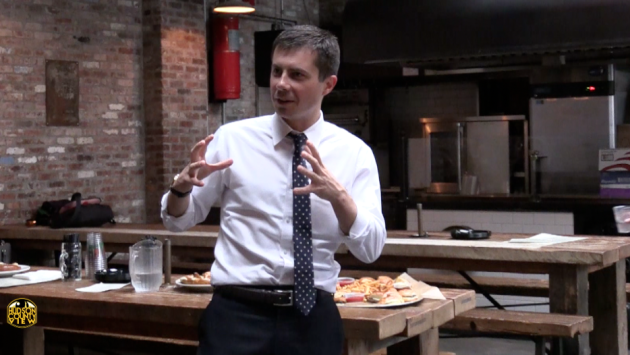 “There are communities that have gotten to that already [zero traffic deaths]. And I’m not talking about Oslo, but a place like Hoboken in the U.S. has seen multiple years with zero deaths,” Buttigieg said in The Washington Post.

His plan aims to eliminate traffic deaths across the country, with the U.S. Department of Transportation addressing vehicles, speeds, and post-crash care over the next three years.

In August 2019, Hoboken Mayor Ravi Bhalla signed an executive order to launch the Vision Zero campaign, which seeks to eliminate all traffic deaths by 2030. The Mile Square City has not seen a traffic-related fatality in the past four years.

“I applaud President Biden and Secretary Buttigieg for laying out a comprehensive plan to create safer streets throughout the country,” Bhalla said in a statement.

“As the Secretary stated, Hoboken will continue to serve as a national model, by prioritizing the safety of pedestrians and implementing infrastructure improvements that protect our most vulnerable residents. I thank the Biden administration for recognizing our efforts and for making Vision Zero a national priority.”

Since Bhalla signed the order, the city has installed 17 miles of bike lanes, 298 high visibility crosswalks, and 30 curb extensions, among other Vision Zero infrastructure improvements.

Buttigieg, a former South Bend, Indiana mayor, is no stranger to Hoboken: addressing Democrats at the Pilsener House & Biergarten back in May 2017.

Prieto: Fulop vs. Sweeney is ‘an illusion’ created around North Jersey...