Jersey City Board of Education Trustee Amy DeGise, a candidate to be the next chair of the Hudson County Democratic Organization, is alleging that Mayor Steven Fulop and her upcoming opponent, state Senator (D-33)/Union City Mayor Brian Stack, are using “illegal intimidation tactics” to pick up more votes.Â 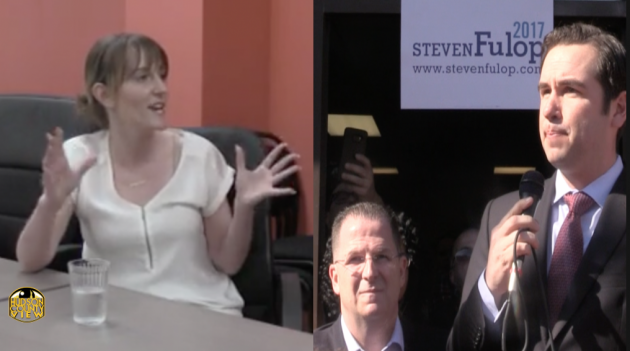 â€œMayor Fulop and his top aides are personally harassing current county committee members, trying to force them to sign legal documents resigning their seats so they can be replaced by other people who are willing to vote for Stack,â€ DeGise said in a statement.

â€œThis is a heavy handed attempt to intimidate people and a clear violation of their civil rights.â€

She further alleged that some of the committee members already approached are senior citizens, while others are city employees, that have been “intimidated” by Fulop in recent weeks.

â€œItâ€™s shocking to see Mayor Fulop is sinking to this level and I’m running for chair to stand up for everyone’s rights and stop this kind of intimidation and abuse.”

Fulop and Stack are leading the effort to oust Hudson County Executive Tom DeGise in 2019, which has resulted in a hotly contested fight to lead the HCDO.

Additionally, Amy DeGise says she is sending notices to all county committee members today warning them not to be fooled or intimidated and urging them to contact her if they are pressured to resign their seats.

â€œWe are putting together a team of attorneys who will document evidence in these cases and defend the rights of those committee members who are being targeted,â€ she adds.

â€œStack and Fulop will find themselves on the wrong end of a federal civil rights action if they continue to behave like this.”

Amy DeGise, who announced her plans to challenge Stack on Friday, said giving the North Hudson power broker another influential position “would set the Democratic Party back into a dark period of our history that no one should want to revisit.”

She continued that those days ended when her father become county executive in 2002 and electing Stack would bring them back.

The June 12th vote to decide the next HCDO chair, succeeding former state Assembly Speaker Vincent Prieto, is expected to be close either way.

Stack and Fulop did not immediately return inquiries seeking comment.