The co-founder of CarePoint Health, Vivek Garipalli, has been revealed as the $1 million donor to Coalition for Progress, a super PAC linked to Jersey City Mayor Steven Fulop’s expected gubernatorial run next year. 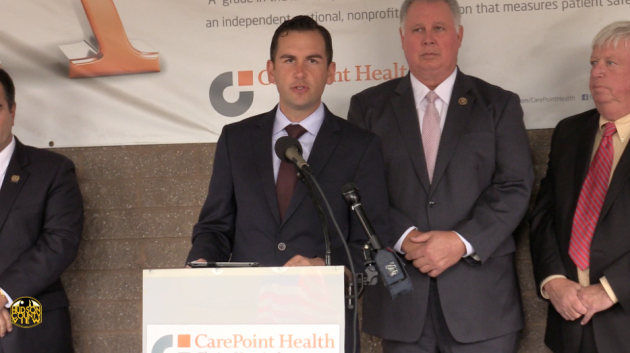 â€œWe are updating our report to change the identification of a contributor from DE First Holdings to Vivek Garipalli,” Coalition for Progress President Bari J. Mattes said in an emailed statement.

A PR firm associated with the PAC did not immediately answer any follow-up questions about the filing.

The revelation comes after Coalition for Progress didÂ an amended filing with the Federal Election Commission dated today, July 15. The donation was made on December 24, 2015.

Garipalli’s name replaces the controversial DE First Holdings, an entity that was virtually untraceable and had one national watchdog group calling for a federal investigation.

About two weeks prior to that, local good government CivicJC demanded that the PAC disclose the identities of their donors.

However,Â an amended filing also notes that this donation was refunded on May 6.

We also exclusively reported that the PAC raised $360,000 through March 30 of this year, with some donors having ties to Jersey City.

Back on September 22, 2015, where the above photo was taken, Fulop was one of many Hudson County officials who gathered in front of Jersey City’s Christ Hospital to denounce Horizon Blue Cross Blue Shieldâ€™s proposed OMNIA insurance plan.