Six days after a particularly strong showing at the polls, the West New York Democratic Committee re-elected Jonathan Castaneda as their chair, with Commissioner Margarita Guzman taking on the role of vice chair.Â 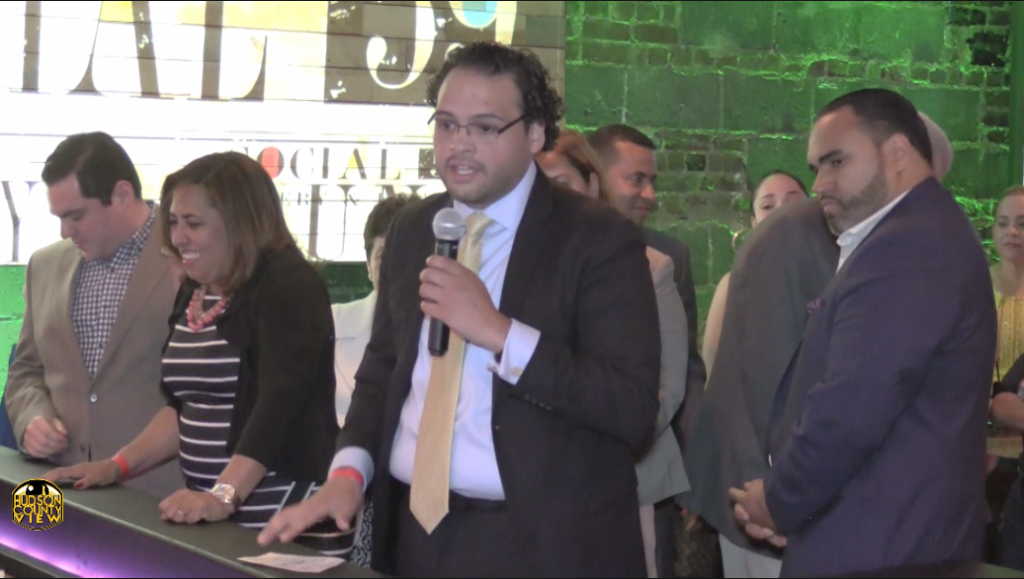 Castaneda, who played an instrumental role in last week’s get out the vote (GOTV) operation, and Guzman, who is the director of the town’s cultural affairs and parks and public property department, were both appointed unanimously: 41-0, sources said.

Identical vote tallies elected Tania Guerrero as secretary and Adrian RodriguezÂ  – the sister of Revenue and Finance of Gabriel Rodriguez – as treasurer.

The meeting took place at Las Palmas and was standard procedure after a committee election, where the team opposing state Senator (D-33)/Union City Mayor Brian Stack and Mayor Felix Roque picked up 48 of the 50 contested seats.

“I thank the Committee members for trusting me as Chair of the West New York Municipal Committee. All of them worked hard to get elected and they did an incredible job in their respective districts. I thank Congressman Sires for his support and his love for West New York, which is truly unparalleled,” Castaneda, Roque’s former chief of staff, told HCV.

“All of the countless volunteers, friends and family members of candidates and our local elected officials who supported Column A – the Commissioners – Cirillo, Guzman, and Rodriguez, our State Senator Sacco, and our Assembly members – Jimenez and Mejia. Our Committee members are the best, I am proud of all of them for truly helping to move WNY forward.”

Castaneda will now be one of many West New Yorkers tasked with making sure the WNYDC delivers for Jersey City Board of Education Trustee Amy DeGise, who is challenging Stack for the chair of the Hudson County Democratic Organization tonight.

Additionally, U.S. Rep. Albio Sires (D-8), who was also heavily involved to stave off the Stack-Roque alliance last week, was named the chair emeritus of the WNYDC.

Christie: ‘I said I wasn’t gonna be a full-time surrogate for...