Hudson County Board of Chosen Freeholders Chair Anthony Vainieri (D-8) says that it’s “infuriating” that U.S. Senators Bob Menendez and Cory Booker “parachute in now” and call for an end to county agreements with U.S. Immigration and Customs Enforcement. 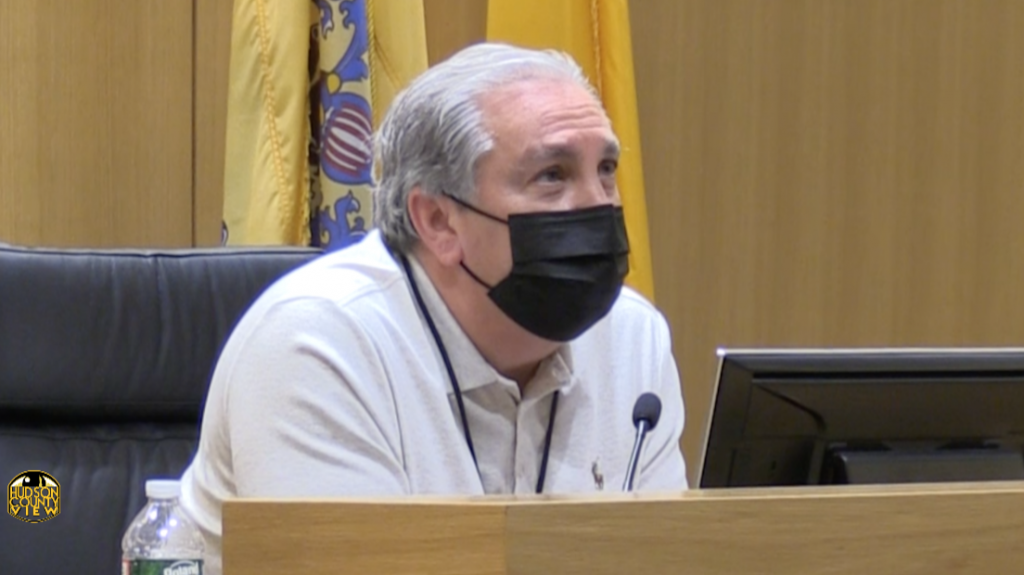 “Senator Menendez and Senator Booker have had two years to work with Hudson County leaders on finding a path forward regarding the ICE contract that would be fair to both county taxpayers and the detainees themselves,” Vainieri began in a statement.

“And it’s infuriating after all of this time and after the vote has already been taken to parachute in now and try to tell Hudson County government how it should operate. Where have they been? To my knowledge, they have never even contacted anyone in county government about this issue and they offered no prior notification that they planned to speak out on it publicly late last night.”

County Executive Tom DeGise had said in September 2018, shortly after the freeholders approved a two-year renewal of their partnership with ICE, that he planned to “phase out” their relationship – though softened his stance last month over the possibility of Joe Biden becoming president.

Booker and Menendez both put out statements Thursday night asking county government’s not to work with ICE any longer due to “inhumane, xenophobic policies designed to terrorize and rip apart immigrant families.”

The Hudson County Board of Chosen Freeholders renewed their deal with ICE by a vote of 6-3 after nearly 10 hours of discussion, over nine of which were activists speaking out against the agreement, at their November 24th meeting.

The agreement with the federal law enforcement agency has been on the books in some form since 1996 and earns the county $120 per detainee, per day and the latest iteration can run for up to a full decade.

Menendez said in 2018 that he applauded Hudson County for figuring out an exit strategy with ICE, while Booker stated something similar a little more than a year ago – also mentioning Bergen and Essex Counties.

Nevertheless, Vainieri accused both senators of suddenly pandering to the progressive wing of the party – who made it a point to make the aforementioned freeholder meeting last 12-and-a-half hours in total.

“The senators have had a long time to constructively engage and work with us and failed to do so, and their statements are nothing but an attempt to shield themselves from criticism from activists who do not speak for the majority of Hudson County residents,” he continued.

“Even more disturbingly, Senator Booker just ran for reelection on the same ticket as the entire Hudson County Freeholder Board — if he felt this way about this issue, why did he wait until after the election to talk about it?”

Vainieri further stated that the county government is committed to working with President-elect Joe Biden and the new leadership he appoints at ICE and take their lead on the future of the contract.

“We will take their lead as to the future of the contract and how ICE operates, and we have faith in their ability to accomplish the agency’s mission in a humane way,” he added.

“We have made tremendous investments in our facility and provide a full range of services to detainees, from free legal representation to English as a second language classes and much more. We will not back out of this agreement without a solid plan ensuring that these detainees will have continued access to the important services we provide for them, that they will be kept close to their families and that Hudson County taxpayers will be protected.”

He also called on Menendez and Booker to work together with the county on future issues in order to facilitate the best possible outcome, rather than “inflaming the situation even more” as the freeholder chair believes they did here.

In response, Menendez said Vainieri is “deeply misinformed” and that the facts speak for themselves.

“With all due respect to the Freeholder Chairman, he is deeply misinformed and the record speaks for itself. It was Hudson County that announced more than two years ago that it was phasing out its ICE contract before it chose to ignore the fierce objections of county residents and suddenly reverse course. And while, as a United States senator, I have zero role or authority in the development of contracts between the county and ICE, I have repeatedly made my concerns known to Hudson officials both publicly and privately,” he said.

“No one should be shocked by my opposition to these contracts when I have spent decades in public service fighting for the rights of immigrants; working to reform our broken immigration system; and advocating ICE end its inhumane detention policy that targets families over felons and sows fear and distrust in the community.”

Additionally, Assemblyman Gordon Johnson (D-37), the speaker pro tempore of the lower house, announced plans this afternoon to a introduce a bill that would seek to limit new ICE detention facilities and contract renewals in New Jersey.

“New Jersey is a state that stands for justice and equality, and ICE’s actions do not align with those values. We must put an end to ICE detainment in our state,” he said in a statement.

Editor’s note: This story was updated with a response from U.S. Senator Bob Menendez.