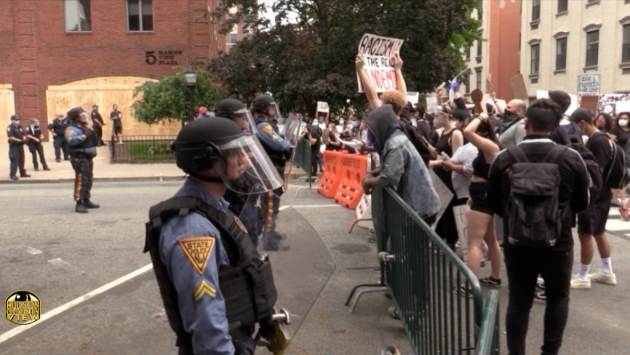 “The rise in fatalities of men and women in police custody happening around the country has left communities in despair, feeling targeted and on the wrong side of justice,” McKnight said in a statement.

“When we talk about restoring community and police relations, the involvement of community member’s in the dialogue that directly affects their neighborhoods and the actions taken by police in their communities is now critical to maintaining social justice.”

Bill (A-4272) would establish a CCRB in every municipality to review and investigate complaints against members of their local police force.

Last year, the City of Newark established a civilian police review board after federal authorities discovered police abuse and use of excessive force in its department, though that CCRB is pending a hearing by the state Supreme Court.

This legislation is one of several bills discussed and approved by the Assembly Community Relations Committee on Monday on social justice reform.

“This is about fostering transparency, fairness, and equality in justice served. It will do more to nurture positive relations in future between law enforcement and the communities they serve,” McKnight added.

Last week, Jersey City Together, the state chapter of the ACLU, and the Jersey City Anti-Violence Coalition Movement called on the state legislature and Gov. Phil Murphy (D) to expedite the approval of legislation that would clarify that strong, CCRBs can be created statewide.

The first list, which is due from each department by December 31st of this year, will include any officers who were fired, demoted, or suspended for more than five days.

“Most go through their entire careers without engaging in conduct that warrants a major disciplinary action against them. But their good work is easily undermined—and quickly forgotten—whenever an officer breaches the public’s trust and dishonors the entire profession,” the AG said.