A Union City man was one of five Mexican nationals, who were in the country illegally, that were sentenced to at least three years in state prison last week due to their role in a human trafficking scheme, Acting Attorney General John Jay Hoffman announced.Â 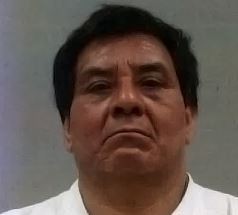 Along with Jose Cruz Romero-Flores, 39, Felix Rios-Martinez, 48, Raul Romero-Castillo, 31, and Haliro Bueno, 22, all from Lakewood – with Romero-Flores identified as “the owner” of the Lakewood brothels – Flores Cruz was arrested on July 11 of last year, officials said.

The men were all charged as part of a large-scale operation called “Operation No Boundaries,” which was a cooperative effort between the Division of Criminal Justice and ICE Homeland Security Investigations (HSI), the state Office of the Attorney General said last week.

According to a the release, the investigation revealed that Romero-Flores worked with brothel owners in New Jersey, New York and other surrounding states to illegally bring women over from Mexico and other Latin american countries in order to introduce them into a life of prostitution.

Some women were lead to believe they were heading to America to work as house cleaners or babysitters, while others were told they would be working in several brothels and sending the money they earned back to Mexico, authorities said.

â€œIt is simply implausible that any woman would submit to a life where she serviced up to 40 men a day as a prostitute in a rundown brothel unless she was coerced and lived in fear of those who profited from her suffering,â€ Hoffman said in a prepared statement.Â

â€œWhen we arrested these men in July 2013, it marked the first time anyone was charged under New Jerseyâ€™s omnibus human trafficking law, which took effect that same month,â€ said Director Elie Honig of the Division of Criminal Justice in a written statement.

â€œWeâ€™re going to continue to use that tough new law to send human traffickers to prison and rescue the victims of sex- and labor-related trafficking.â€

Officials added that multiple victims were rescued in this case, noting that the Division of Criminal Justice maintains an anonymous NJ Human Trafficking Hotline (855-3636548) to confidentially report information.