Three months after it appeared that Hoboken officials and activists alike had convinced NJ Transit to stay out of the ongoing Union Dry Dock saga, the agency is again trying to acquire the waterfront property and lease it to New York Waterway.Â 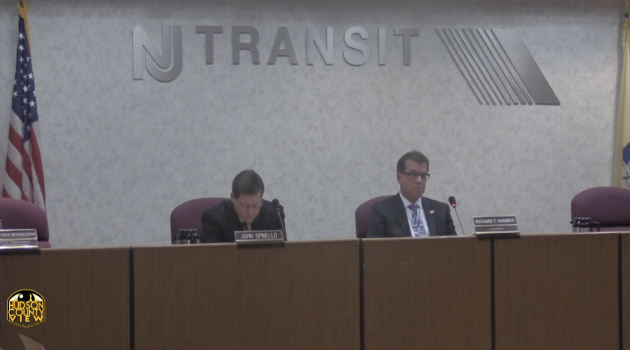 NJ Transit posted an agenda for a special board meeting Wednesday, with the sole agenda item being to acquire and lease Union Dry Dock to NY Waterway “for the operation of a ferry maintenance and repair facility.”

A spokeswoman for NJ Transit said the agency does not comment on board agenda items.

Back on January 15th, Martin Luther King Jr. Day and also Gov. Chris Christie’s (R) last day in office, the board scheduled a meeting that included a nearly identical agenda item, but they pulled the resolution prior to the start of the public session.

“Mayor Bhalla is working with all stakeholders to reach an amicable solution,” city spokesman Santiago Melli-Huber said in an email.

Many Hobokenites expected that NJ Transit would no longer be interested in buying the waterfront property once Gov. Phil Murphy (D) took office, but clearly that isn’t the case.

Fund for a Better Waterfront Executive Director Ron Hine expressed great frustration with the situation in a lengthy email to Hudson County View.

“The City is committed to making the former Union Dry Dock (UDD) site part of Hoboken’s linear, public waterfront park. FBW offered up this concept of a contiguous park in 1990 and today it is mostly completed. The UDD property would connect one of the final missing links,” he began.

“If Gov. Murphy moves ahead with the NJ Transit acquisition, it would be an egregious betrayal of a community and a mayor that overwhelmingly supported him in the November election.”

Hine also called the NYC Ferry “a grand success” due to a “totally transparent and professional” collaborative process – unlike what is happening here.

A spokeswoman for Murphy’s office said the governor is working with all parties to try and find a solution that is beneficial to all.

“The Governorâ€™s Office continues to coordinate with all parties involved to determine an ultimate solution that both respects the voices of the local community and the needs of one of our most vital transportation partners,” said Alyana Alfaro.

“The Governor is taking appropriate steps to make sure that commuters are not negatively impacted during efforts to find a long-term solution.”

The NJ Transit meeting is currently scheduled for 2 p.m. on Wednesday at their headquarters, One Penn Plaza East in Newark.