In a letter to the editor, North Bergen resident Robert Walden says that Hudson County Executive Tom DeGise shouldn’t seek re-election due to failed promises regarding the pre-school in James J. Braddock Park.Â 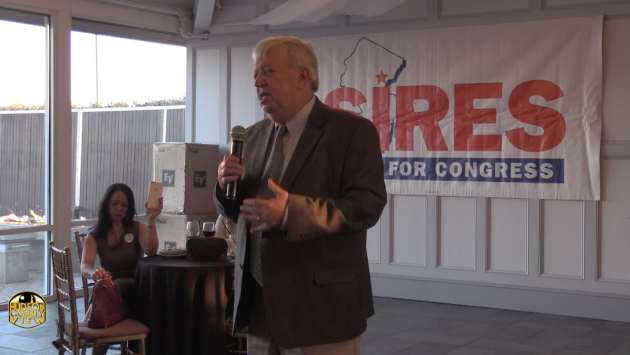 Tom Degise should not run for re-election as Hudson County Executive. To understand why, take one example, Braddock Park in North Bergen…

Mr. Degise promised there would be no school development in Braddock Park at the same time there already was a plan to build a permanent North Bergen Preschool to replace the 17 trailer Preschool that was already in the park, illegally.

Mr. Degise did nothing to evict the illegal Preschool from the park, nor did he protect the health and welfare of the students and teachers in the 17 trailers.

This school is currently in the process of being evicted from Braddock Park by the State and Federal governments because schools are not allowed in this Green Acres funded park.

Hudson County taxpayers will feel the financial pinch as a result of this illegal school placement in the park; the County is now required to procure and build new park land as a penalty for misusing the Braddock Park land.

The 17 Preschool trailers were each required to have 2 exits in case of a fire, shooting, or other emergency; until I recently notified the State, they only had 1.

These Preschool trailers were not properly inspected and evaluated for health and safety hazards.

The Hudson County Engineerâ€™s office recommended that for safety purposes, the Preschool road should be widened and sidewalk installed, but the County ignored the recommendation.

The school had broken, falling down electrical conduit on its trailersâ€™ walls, missing gutters and downspouts and tree branches precariously resting on electric wires, inches above the trailer roofs.

It took years for North Bergen and Hudson County to correct these simple but very dangerous problems.

Mr. Degise has congratulated himself on the great work he has done for Hudson County parks.

Braddock Park is a shining example of how Mr. Degise has failed students, teachers, park lovers and taxpayers.