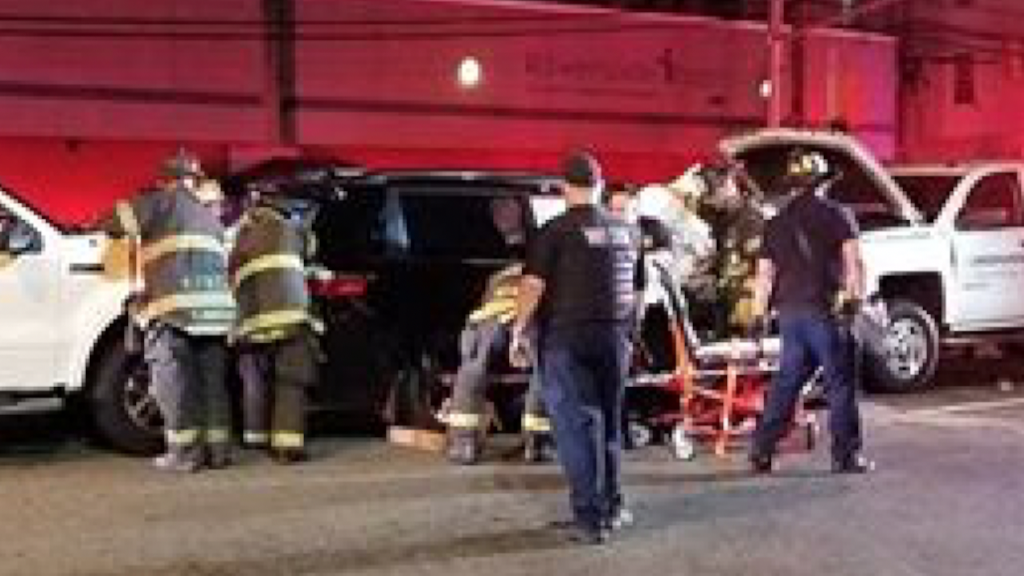 The incident, which occurred at about 9:15 p.m. yesterday near the intersection of JFK Boulevard and 60th Street, saw two cars collide head on, with a third car unable to stop in time to avoid the initial crash, police said.

An eyewitness, who spoke under the condition of anonymity, told HCV that the woman driving the middle vehicle had to be taken out in a stretcher, while a baby was also put in an ambulance.

However, officials said that those involved in the accident were transported to the Palisades Medical Center in North Bergen to be treated for just minor injuries.