Sudhan Thomas, an ex-Jersey City Board of Education president as well as the former acting executive director of the local employment and training program, has been charged with a new 26-count indictment alleging an elaborate embezzlement, money laundering, and bribery scheme involving both offices. 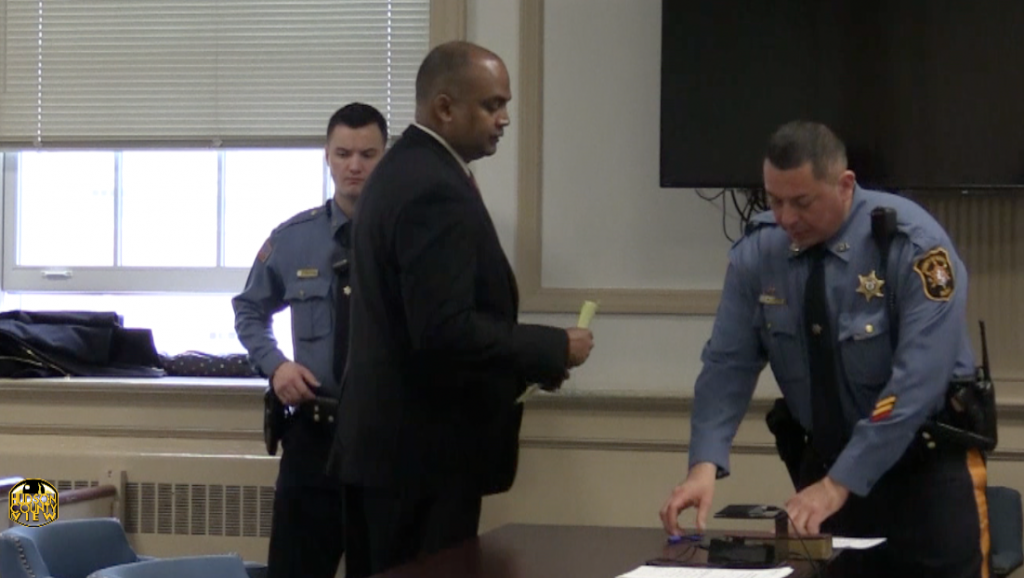 Sudhan Thomas, 45, of Jersey City, was charged with embezzling funds from JCETP, an organization receiving federal funds (Count 1), and wire fraud (Counts 2 to 6) and money laundering (Counts 7 to 9) in connection with the JCETP theft, U.S. Attorney Craig Carpenito announced.

Thomas was charged by criminal complaint in January 2020 with embezzling $45,000 from JCETP and was released on a $75,000 unsecured bond, as HCV first reported.

Paul Appel, 78, of Point Pleasant, who the U.S. Attorney’s Office had previously identified as “Individual 1” who was hired as outside counsel for JCETP, has been charged as an accomplice to Thomas in Counts 1, 7, 10, 15, and 26.

According to federal prosecutors, Thomas used his access to JCETP funds and control of JCETP’s bank accounts, from March 2019 through July 2019, Thomas embezzled more than $45,000 from JCETP.

Thomas caused checks to be drawn from JCETP accounts that were made payable to others, but ultimately received by Thomas or used to pay his debts and expenses.

For example, Thomas caused certain checks to be issued to Appel, who is an attorney, and Appel then redirected the funds to Thomas, including by issuing checks made payable to Next Glocal, an entity for which Thomas was a director, which were then deposited into a bank account for Next Glocal that Thomas controlled.

Thomas also embezzled JCETP funds by issuing JCETP checks made out to cash that Thomas either cashed himself or used to obtain bank checks that Thomas made payable to Next Glocal, which were deposited into a bank account for Thomas’ personal use.

Sierra has since filed a whistleblower suit, where a related October 2019 court filing revealed that that there was a “current FBI investigation” at JCETP.

Additionally, Thomas was elected to the Jersey City BOE in 2016, ultimately serving as vice president in 2017 and then president in 2018 and 2019, respectively. Appel served as treasurer for Thomas’s 2016 campaign.

From September 2016 to November 2016, Thomas and Appel collected campaign contributions and deposited them into a bank account opened for the 2016 campaign that they both controlled.

Under the guise of collecting repayments for loans to the campaign or reimbursement for other purported campaign-related expenses, Thomas and Appel embezzled more than $8,000 from Thomas’s 2016 campaign for their own personal use.

Thomas ran for re-election to the BOE in 2019. From June 2018 to August 2019, Thomas collected campaign contributions and deposited them into two bank accounts opened for the 2019 campaign.

Pretending to collect repayments for loans to the campaign, Thomas embezzled approximately $6,000 from the 2019 campaign by causing checks to be issued from the campaign bank accounts made payable to Thomas, and then cashed those checks or deposited them into a bank account for Thomas’s personal use.

In December, the New Jersey Attorney General’s Office accused Thomas of accepting $35,000 in cash bribes in anticipation of a 2021 city council run in exchange for promising to have the cooperating witness hired as special counsel at the BOE.

Furthermore, in November 2018, Thomas informally advised an unidentified candidate in the 2018 BOE election. He falsely represented to that candidate’s campaign that he required $100 checks to pay eight separate individuals who worked on the candidate’s campaign.

When the campaign provided Thomas with the requested checks, Thomas fraudulently endorsed the checks and deposited them into a bank account for his personal use.

He also obtained a $1,000 contribution check made payable to the candidate’s 2018 campaign committee; Thomas fraudulently endorsed that check and deposited it into a bank account for his personal use.

Beyond his capacity as a public official, Thomas and Appel entered into an agreement with a Florida-based technology company to purportedly expand the company’s business through a debit card program.

Between May 2016 and October 2016, Thomas and Appel made false representations regarding work they were allegedly undertaking pursuant to the agreement and induced the technology company to wire them a total of $48,500.

Thomas and Appel eventually diverted the company’s funds to their own bank accounts and used them to pay personal expenses (including payments to Thomas’ landlord, tuition for Thomas’s relative, and payments for Appel’s credit and debit card expenses) without providing any meaningful services or generating any business as required under the agreement, or spending any substantial parts of the funds provided by the technology company towards fulfillment of the agreement.

In the same year, the duo entered into another agreement with a Florida-based housing company in connection with the purported sale of modular homes to veterans and the homeless.

Between October 2016 and April 2017, Thomas and Appel made false representations regarding work they would undertake pursuant to the agreement in order to collect monthly $2,000 payments from the housing company.

Thomas and Appel misappropriated the funds without providing any meaningful services or generating any business as required under the agreement, or spending any substantial part of the funds towards fulfillment of the agreement.

Between the five separate types of offenses, they are facing maximum penalties of up to 100 years in prison and $2.25 million in fines.

Police: Jersey City man caught with 43 bags of heroin at...