Fulop raised an eyebrow in reaction to the statement, and them reminded everyone that it was honor to have Stack at his fundraiser since â€œevery single governor over the last 15 years, every mayor in the State of New Jersey, they seek out this gentleman.â€

â€œHe happens to be an advocate for Jersey City. It speaks to the fact that we work closely together advocating for all of you.â€

Fulop hosted his mayoral victory party at Zeppelin Hall in 2013, and also thanked that supporters who attended his personal fundraiser 3 years later, continuing to give him loyal support.

He also thanked those who just recently joined in supporting his administration.

â€œFor those of you that have a chance to join us in changing Jersey City and being a leader for the state of New Jersey, I want you to know that bright things are in the future for Jersey City and this great city that we love.â€ 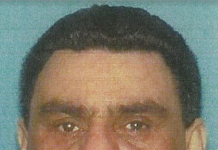