Gov. Phil Murphy (D) dined outdoors in Hoboken and encountered a staffer who subsequently tested positive for COVID-19 on the same day, according to an interview on 1010 WINS radio this morning. 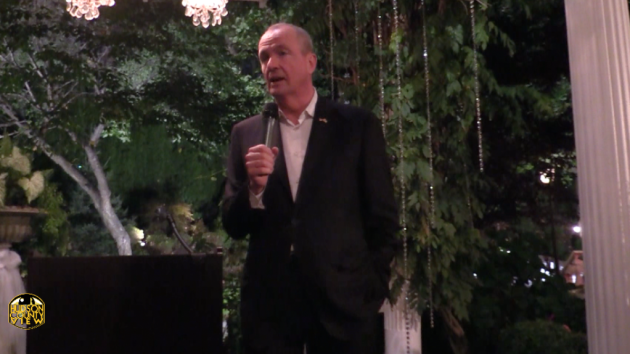 “I was not really right up against this person. It was at most 15 minutes and we were outdoors,” Murphy said during the radio interview, noting that he visited the Pilsener Haus & Biergarten and Hoboken with a handful of other people on Saturday, as NJ Advance Media transcribed.

Yesterday, the governor’s office, announced that two of his senior staffers, Deputy Chief of staff Mike Delamater and Senior Advisor for Strategic Communications Dan Bryan tested positive for the coronavirus.

Both men remain asymptomatic and Murphy and his wife, First Lady Tammy Murphy, have tested negative twice since then.

The governor left a press event on Wednesday after being informed that Delamater tested positive and has said that he will remain in self-quarantine until at least Monday.