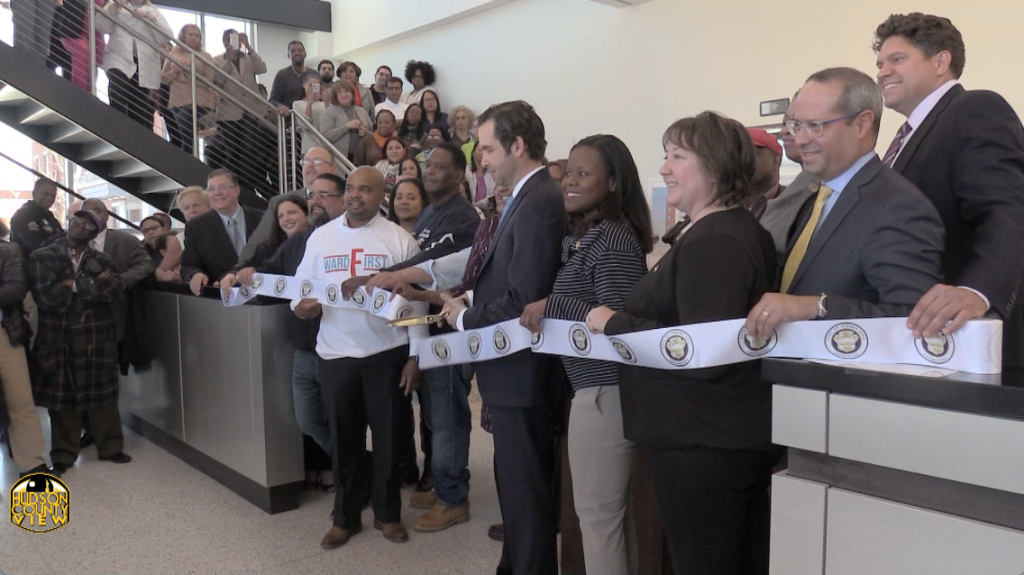 “Today is an important day for the future of this neighborhood and this City, and I am proud to announce the second phase of a project that will continue to bring life and investment back to the residents of Bergen-Lafayette,” added Mayor Steven Fulop.

“We are taking an active role in shaping the future of this square through this major investment, and we are confident in the ability for this complex to bring economic activity and opportunity to an area that deserves it.”

Phase 2 of the plan will add two more buildings to host municipal offices, community space and a parking deck.

The city council will vote on the first reading of an ordinance to construct the two new buildings at Wednesday’s (April 25th) meeting. Upon approval, construction is expected to begin in six months and will be completed within 12 to 18 months, officials said.

The first new building will be named after former Councilwoman Melissa Holloway and will be erected behind the current City Hall Annex building.

“I am so proud to stand here today to celebrate the opening of the City Hall Annex, and I am especially proud of the new name for the square, which represents two African American brothers who came out of slavery and settled here,” said State Senator Sandra Cunningham.

“This is an area that we are proud to support, and we want the community to be proud to live here too.”

The City Hall Annex, which is financed through a lease-to-own agreement with the developer Brandywine over 25 years, was built at no cost to the city, and will save approximately $700,000 in rent per year.

Furthermore, the two subsequent buildings will be built or rehabbed through the same lease-to-own financing plan.

In comparison to a traditional general obligation bond approach, the city estimates $16 million in savings through the lease-purchase agreement.

Hoboken to vote on measure that would fine electeds if they...