An expert who has been covering Jimmy Hoffa, the notorious leader of the International Brotherhood of Teamsters, since before he disappeared in 1975 says new evidence suggests he was buried on the Jersey City Bayfront, according to The Detroit Free Press. 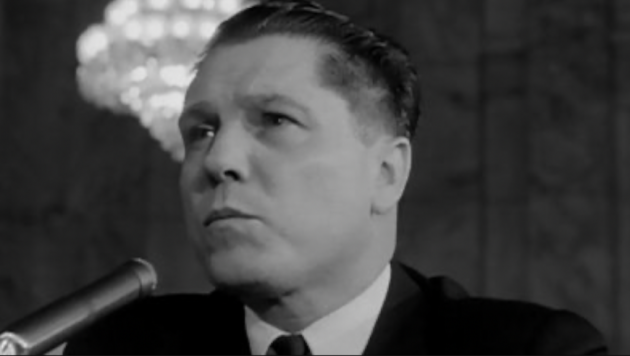 “I’ve never seen a lead this good for Hoffa’s body,” Dan Moldea, the author of 1978’s “The Hoffa Wars,” told the daily newspaper.

“I’ve been on six of these (digs) myself, and I’ve come away from all of them disappointed. But nothing was even in the same universe as this.”

According to the report, the latest theory says Hoffa was killed in Detroit, stuffed in an oil drum by mobsters, and was buried with 15 to 30 other drums filled with chemical waste at the PJP Landfill in Jersey City.

The new information comes from the son of a Detroit mob boss, who said his father dished the details on Hoffa while he was on his own deathbed, the report says.

That landfill, long since closed down, is a part of the Jersey City Bayfront property, a $170 million Ward A project that is expected to include at least 35 percent affordable housing.

“All roads lead back to #JerseyCity – even for Jimmy Hoffa,” Mayor Steven Fulop tweeted yesterday.

In a deleted tweet, Fulop also wrote “However, I guess this is another good reason to respond to our RFP and buy at Bayfront. I had a good feeling we made a good investment when we bought this land!!! ðŸ˜‰”Â

The seven-member Bayfront Community Advisory Committee voted unanimously to have the Jersey City Redevelopment Agency release a request for proposals for Bayfront project back in May and they were due on August 21st.

Hoffa, who had been linked to organized crime and had been convicted of jury tempting, attempted bribery, and fraud in the 60s, vanished from a Bloomfield diner on July 30th, 1975 and was legally declared dead exactly seven years later in 1982.