State Senator Ray Lesniak (D-20) will be introducing a $15 minimum wage bill in the Senate to go along with the bill being introduced by Prieto and Wisniewksi in the Assembly. 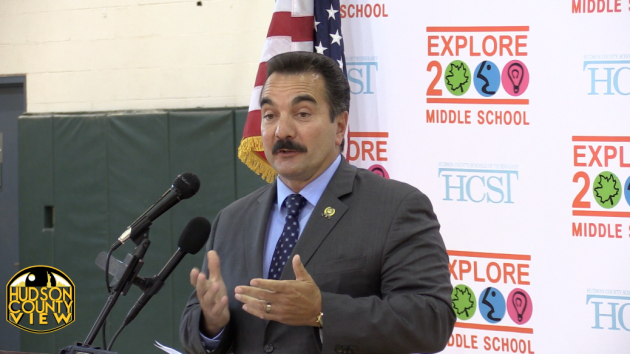 Given that the state’s current minimum hourly wage is $8.38, Prieto said in a statement that raising that figure to $15 per hour will go a long way to jump start the Assembly’s anti-poverty initiative.

â€œAs we continue to review other proposals as part of our new anti-poverty initiative, this will be an integral component in our efforts to stop the decline in the middle class and lift working families out of poverty. In order to do that, our first step must be to ensure that all workers are paid fairly for their labor,â€ Prieto explained.

“The constitutional minimum wage that we established a few years ago set a floor, not a ceiling. While that was the best and most feasible thing we could do at the time, we now need to strive for better to reverse the poverty trend in this state.â€

â€œWith middle class families in decline and the ranks of low-income families growing, itâ€™s time New Jersey took bold action to stop the backsliding and rebuild an economy that works for everyoneâ€ Wisniewski stated. “Itâ€™s not that long ago when American families could live on the earnings of one worker.”

“Today, middle class families with two incomes are struggling to provide for their family. Anyone working hard at a full-time job should, at the least, be able to provide their family with the basics — a roof over their familyâ€™s head, food on the table and clothes on their back. Is that too much to expect?â€

The proposal would go into effect immediately upon being signed into law. The lawmakers acknowledged that the bill would have a difficult road to passage, but believe this is a fight worth fighting.

Additionally, Prieto and Wisniewski noted that almost 90 percent of beneficiaries of an increase in the minimum wage are over twenty years old, according to the Economic Policy Institute.

Furthermore, Lesniak said its time to provide “our working families with a real living wage.”

â€œNo one can afford to live in our state on $8.25 per hour. We need to join the dozen other states that increased the minimum wage to $15 an hour â€“ and we need to do it now.â€

Sources close to Lesniak, who has expressed an interest in running for governor, say the measure will help him garner Libertarian support in a Democratic field.

They expect to introduce the bill during the next Assembly and Senate quorum call on Thursday.

Back on October, the Hudson County Board of Chosen Freeholders approved a measure supporting a $15 minimum wage in New Jersey.