At approximately 8:48 p.m., Hoboken police officers were dispatched to the area of 11th and Madison Street. They responded to a a report of a man and a woman who were pulling on car doors in the area of 13th and Willow Avenues, according to Det. Lt. Danilo Cabrera.

The caller gave a description of the actors and where they appeared to be heading. Sgt. Luke Zeszotarski, along with Officers William Bullock and Samuel Flores, responded and met up with the caller in the area of 11th and Madison Streets, officials said.

The caller pointed to a male he called about, who was later identified as Lovett Rodriguez. As a result, Zeszotarski ordered Rodriguez to stop, but he instead took off running.

Zeszotarski and Flores pursued Rodriguez on foot for about two blocks and apprehended him in the area of 9th and Madison Street. As Rodriguez was being pursued, Bullock drove his radio car around the block to assist with the foot pursuit, police said.

As Bullock drove down Monroe Street, he observed a female fitting the description given out by the caller. This female would later be identified as Bayla Martinez. Bullock approached Martinez on foot and ordered her to stop, officials said.

She fled the street, running from east to west, where Bullock eventually caught up with her and placed her under arrest, with the assistance of Spano. Additionally, a search of Martinez revealed drug paraphernalia, authorities said.

Additionally, Rodriguez also had five warrants for his arrest: three from Jersey City, one from Hoboken, and one from Ocean County.

Furthermore, Martinez also had four warrants for arrest: one from Jersey City, one from Paramus, one from Wayne, and one from Union. Both were transported to the Hudson County Jail, police said. 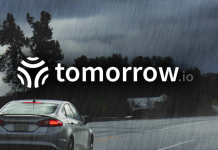 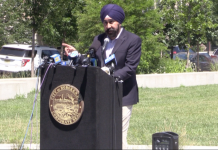