A Jersey City man who pleaded guilty to sexually assaulting an 11-year-old girl was sentenced to 19 years in state prison, authorities said. 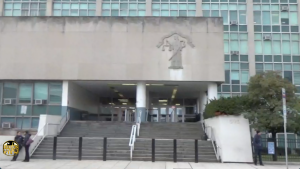 Eric Garcia, 42, was sentenced on Friday by Superior Court Judge Vito Sciancalepore after pleading guilty in October to the charge of sexual assault by contact, according to Ray Worrall, a spokesman for the Hudson County Prosecutor’s Office.

The HCPO’s Special Victims Unit charged Garcia with the crime in October 2018; at the time, he was on parole supervision for a similar crime of sexually assaulting another young female, authorities said.

Garcia will serve the entirety of his sentence without the opportunity for parole. He will then be subject to parole supervision for life and will have to register under Megan’s Law after his sentence is completed.

He is not expected to be released earlier than October 2037.