Two Newark teens were arrested last week for eluding police in a stolen vehicle, shooting fireworks at a patrol car as they fled back to Essex County, authorities said. 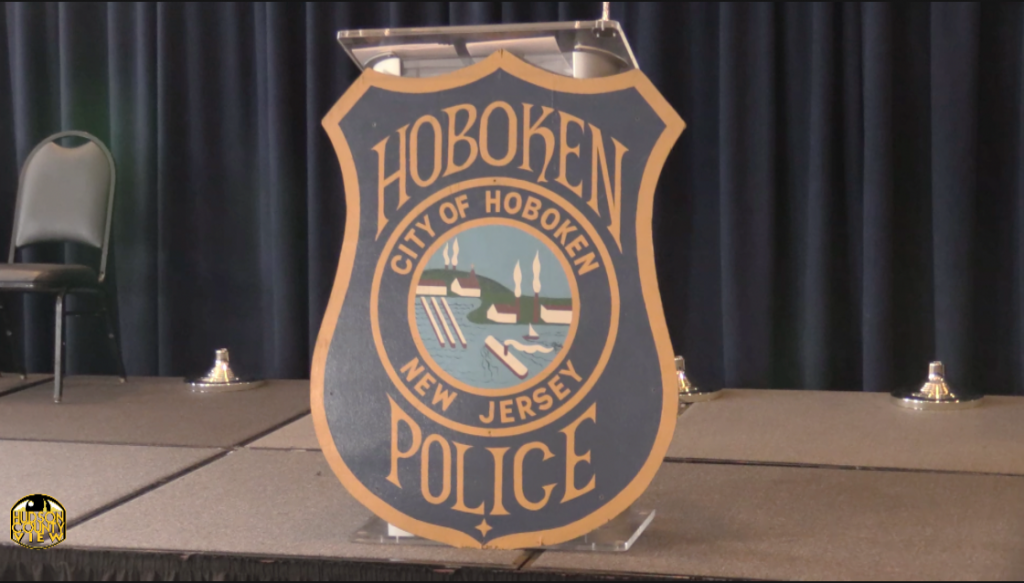 Alicia Mallard, 18, and a 15-year-old male juvenile, both of Newark, were charged with aggravated assault, possession of weapon for unlawful purpose, unlawful possession of a weapon, burglary, theft, eluding, and conspiracy to commit theft, according to Det. Lt. Danilo Cabrera.

One distinction is that the 15-year-old was charged with juvenile delinquency aggravated assault, police said.

On Friday, May 22nd, at about 9:12 p.m., Officers Damien Bates and Dylan Archilla responded to 518 Washington St. on a report of a stolen vehicle.

As they responded, they were also informed that the victim had flagged down a Port Authority police officer to report the theft.

He left his vehicle unattended and unsecured with the keys in the vehicle. He went to a nearby restaurant to pick up a delivery order. When he returned at about 9:10 p.m., he found his vehicle gone, authorities said.

Bates then broadcasted a description of the vehicle and its New Jersey registration over the police radio. Minutes later, Officer Kyle Seper located the vehicle traveling southbound on River Street from 1st Street.

Seper then observed the vehicle make a right turn onto Newark Street and initiated a motor vehicle stop. The vehicle stopped in the area of 30 Newark St. Upon placing his marked police car in park, the operator of the vehicle began to drive away.

As a result, Seper activated his sirens along with his emergency lights, which were already on, in attempt to pull the vehicle over again. The driver disregarded Seperâ€™s visual and audible directives to stop the vehicle and continued to travel east on Newark Street, made a left onto Hudson Street, and then a right onto Observer Highway.

Seper pursued the vehicle, initially driving within the speed limit. On Observer Highway, the vehicle traveled at speeds up to approximately 45 miles per hour. Officer Michael Straten joined the pursuit in the area of Observer Highway and Willow Avenue, with Seper leading the chase.

As they pursued the vehicle west on Observer Highway, Seper observed an object being held out the driver’s side window and observed it smoking and sizzling. Immediately following, the object was released his direction.

Seper heard a slight explosion of what he believed to be fireworks and ran over the object. Upon the pursuit reaching about 45 miles per hour as they approached the Hoboken and Jersey City border, the pursuit was terminated by Lt. Keith Rotondi and Sgt. David Olivera.

The stolen vehicle was entered into the National Crime Information Center and surrounding jurisdictions were notified. At about 11:18 p.m., the Newark Police Department recovered the stolen vehicle.

The vehicle was recovered with a fictitious plate and the original plates belonging to the vehicle were still missing. The vehicle was removed from the National Crime Information Center and the plates were entered as stolen.

From there, Det. Adam Colon was assigned as lead detective on this case and was assisted by fellow Dets. Michael Miranda, Vito Gigante, and John Quinones. The investigation revealed that the theft involved three actors: two men and one woman.

On May 28th, one of the actors was identified as a 15-year-old male teen from Newark.

With the description of all three actors and the identification of one of the actors, Det. Sgt. Josue Velez went out on patrol in an unmarked car as Det. Adam Colon worked on his reports for this investigation.

While in the area of 301 Washington St. at about 9:08 p.m., Velez observed a man accompanied by a woman matching the descriptions of two of the people wanted for the vehicle theft.

Both individuals were stopped for investigation and led to both being arrested and charged for the theft.

The teen was the 15-year-old previously identified and the woman was identified as Mallard.

The 15-year-old was remanded to Essex County Juvenile Center, while Mallard’s charges were placed on a warrant and she was committed to the Hudson County Correctional Facility.

Police: Hoboken man arrested for eluding authorities while driving in a...