In the wake of the national attention surrounding the murders of George Floyd and Ahmaud Arbury, Jersey City Ward E Councilman is calling for a civilian complaint review board and inclusionary housing regulations “to combat racism.” 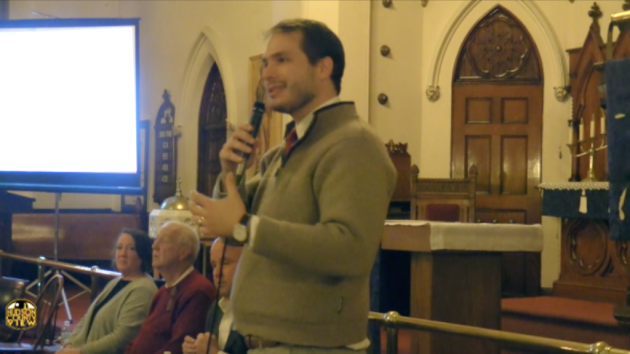 “My commitments to combat racism in Jersey City through structural policy change. The post lists two of many policies — a civilian complaint review board and inclusionary zoning — we can must pass in the coming months,” Solomon said yesterday in a tweet that included a screenshot of a much longer Facebook post.

“There is much work to be done, and today I want to highlight two key policies to fight systemic racism in Jersey City. I focus on local policy because itâ€™s too easy for elected officials to condemn the murders in Minnesota or Georgia without looking in the mirror and taking action in their community to combat racism,” Solomon wrote on Facebook.Â

He mentioned the murders of George Floyd and Ahmaud Arbury as prime examples of racism, “a cancer in our country,” that “is ever present here in Jersey City.”

Floyd was killed in Minneapolis after he was handcuffed and a police officer placed his knee on his neck for several minutes, despite pleas that he couldn’t breathe, while Arbury was fatally shot while jogging in Georgia.

Both fatal incidents were captured on video and went viral.

Locally, Solomon is now making it a priority to get a civilian complaint review board up and running, which was suggested by black activists earlier this month in light of a street fight incident where an officer used his night stick to get the crowd under control.

They believe that officer should have been suspended from duty, though city officials said the police used great restraint given that someone tried to grab an officer’s gun.

Jersey City has not responded to Open Public Records Act requests seeking copies of body cam footage from the incident, though these rules have been relaxed following a statewide directive issued by Gov. Phil Murphy (D) during the COVID-19 crisis.

Mayor Steven Fulop said in response that the city is supportive a civilian police review board, a position they’ve supported for years, though the Newark board is in litigation and Jersey City is awaiting to see the result of that case.

Additionally, the Downtown councilman said that he wants to work on completing inclusionary zoning policies, which have already seen progress due to the efforts of Council President Joyce Watterman and Councilman-at-Large Rolando Lavarro.

“This policy fights housing segregation, and the legacy of redlining, by mandating affordable homes in all parts of Jersey City. The overwhelming majority of affordable housing units built in Jersey City over the last two decades are in Wards A, B, and F,” Solomon noted.

Fulop said that the administration introduced an inclusionary zoning ordinance,Â also modeled after Newark, last year, but the city council tabled that measure after introducing a competing measure and the two sides couldn’t find common ground.

“The administration already proposed inclusionary zoning modeled after Newark, though the council choose to table it. We asked them to pass ours and strengthen how they wanted so the city was protected.”

Editor’s note: This story has been updated with a comment from Mayor Steven Fulop.